Osaka (大阪) is a Japanese font that comes bundled with MacOS. While the Japanese glyphs are based on Heisei Kaku Gothic, the Latin portion is derived from Geneva . There is also a monospaced style with Latin glyphs from Monaco.

From the font info for v6.1d3e1, © 1990-2008 Apple Inc.: “HeiseiKakuGothic is a typeface developed under the license agreement with JSA Font Development and Promotion Center.” 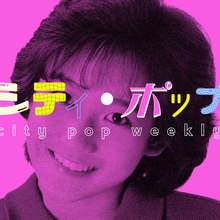