Designed, cut and cast by Paul Hayden Duensing for his private press, as a revision of his earlier Quadrata (1970). [McGrew]

Adopted by Formatt for dry-transfer lettering and shown in their 1974 catalog as Stonehenge. Solotype offered it under the name Diderot. [1992 catalog] Also known as Merlin. [Solopedia]

Digital adaptations include VT Quadrata (VintageType, before 2000, based on Duensing’s original, discontinued), Shiver Me Timbers NF (2006), and the freebies Satans Minions (Mickey Rossi, 2000) and Moria Citadel (Russ Herschler, 2011, based on Stonehenge, used for sample).

Quadrata II in use 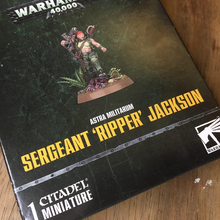