“… originally conceived [in 1985] as a companion for another typeface being drawn at the same time called Arcatext … Five years later, Emigre decided to commission the abandoned italic as a digital typeface in three weights as companions to the Triplex Sans and Serif families designed by Zuzana Licko in early 1990.

The ascenders and descenders have been shortened to match those of Triplex and the new capitals embody more of the features that distinguish the lower case, but otherwise the digital version closely follows the original drawings.” — Emigre

Triplex Italic in use 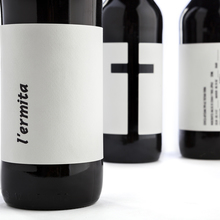