Origin uncertain. AKA Italic Sans Serif (Figgins, 1870) and Gothic Italic (but not the same as the Gothic Italic offered later by ATF). Notable for its humanist structure and cursive-inspired forms (a, e, p, w).

Fann St had a similar but not quite as decorative Italic Grotesque. Also alike, but heavier with a single-story ‘g’: Gothic Italic No. 4.

Italic Gothic in use 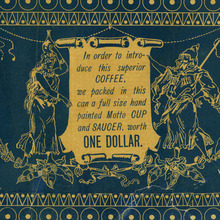