Designed by Oskar von Kreß and issued by Schriftguss AG in 1926. [Seemann] Soon after also cast by C.E. Weber. [Reichardt] Often spelled Kress-Versalien, since it is a caps-only design and the ‘ß’ is rendered as ‘SS’ in all caps. Phototype-Lettering had it as Orchard Inline.

There is a digital version, but it is mislabeled as Ashley Crawford Inline (Monotype), lumping it together with a related design by Ashley Havinden from the same period. Xavier Inline (CastleType) is part of another revival that erroneously credits Havinden. The mistake is also present in the Solotype catalog where Kreß-Versalien is shown as Ashley Inline. Not Mary Kate NF (Nick’s Fonts, 2001) is a solid version. 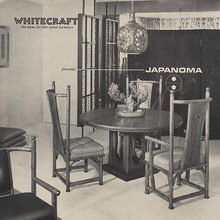