The Force of Typography

Contributed by Fonts In Use Staff on Mar 30th, 2012. Artwork published in . 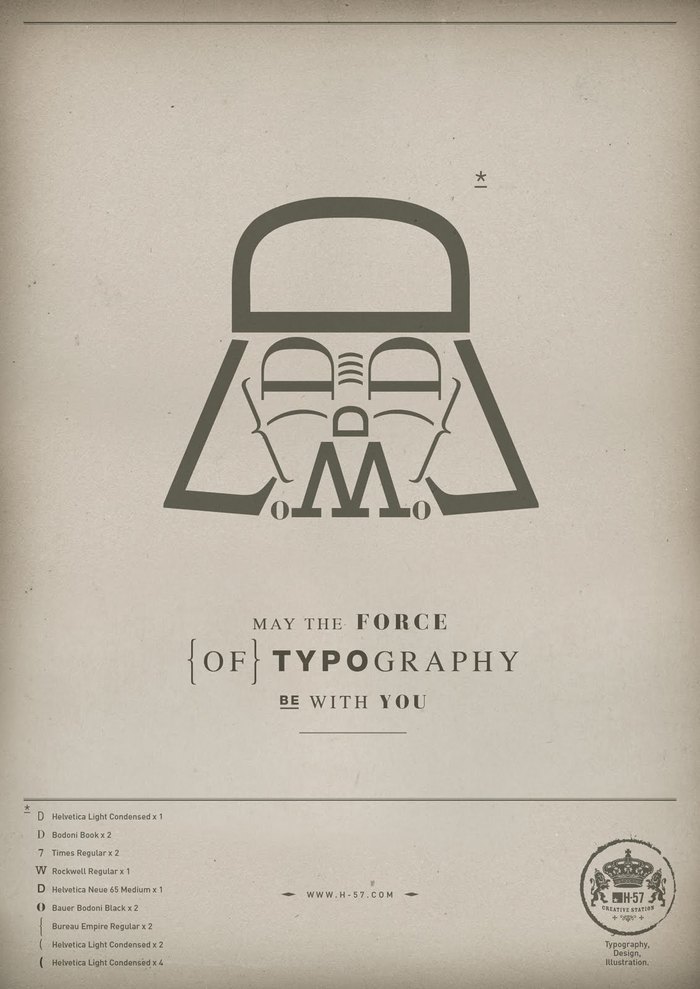 “These posters come from the great love of H-57 for Star Wars and typography. We chose the three most important characters from the saga of George Lucas’ – Star Wars (Darth Vader, Yoda and a Stormtrooper) and decided to only use typographic elements for our project. Thanks to the appreciation and support of Lucasfilm, posters were put up for sale on ebay, donating the entire proceeds to the Make-A-Wish Italy, non-profit organization that realizes the wishes of children with serious illnesses. Each individual character had 300 copies printed on paper, which were then stamped and numbered. A large event was then held in Milan where the special limited edition posters printed on canvas were sold (11 copies per character). The whole project was made possible thanks to the passion and commitment of Lucasfilm and Make-A-Wish Italy and also the generosity of all those who bought the poster. Thanks to all.” — <a href="http://www.h-57.com/the-force-of-typography/">H-57 Creative Station</a> 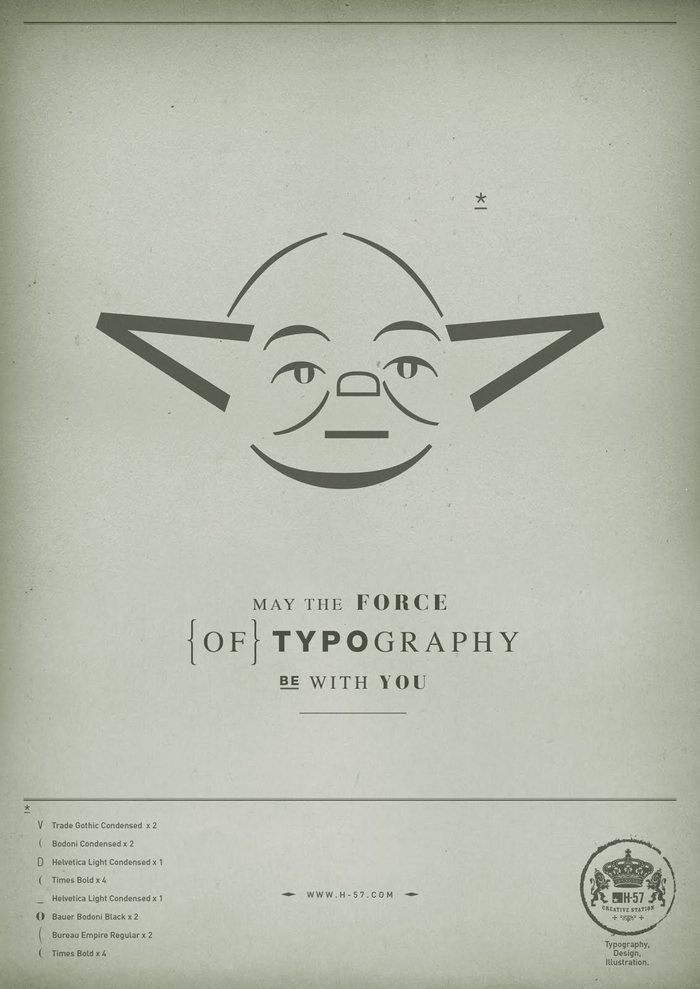 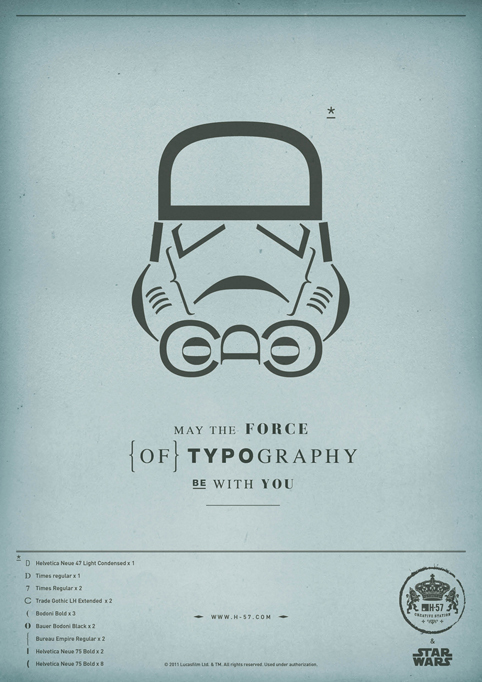 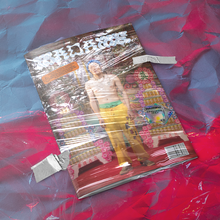 The Life of Pablo by Kanye West2016 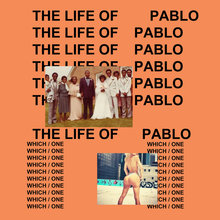 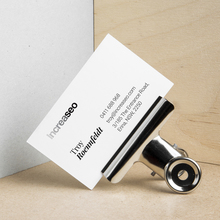 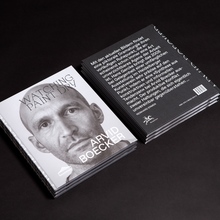 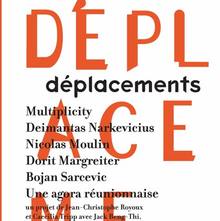 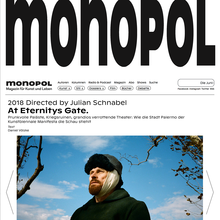 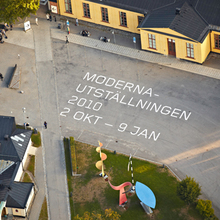 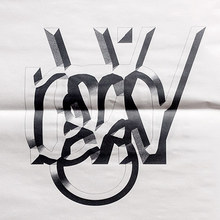 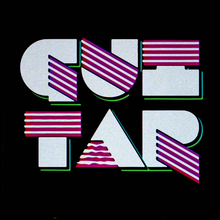 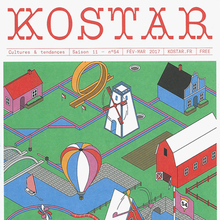 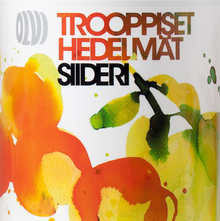 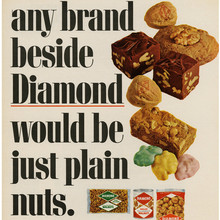 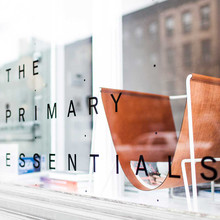 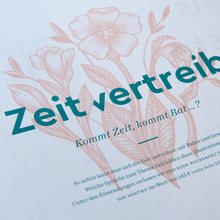 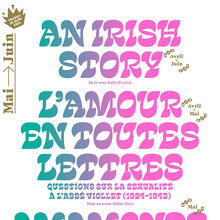