NBA Promos for the 2012 Season

After a lockout delayed the start of this year’s NBA season, the league heralded professional basketball’s return with a series of 30-second TV spots. Cinematic slow-motion footage is overlaid with bursts of clever copy, single words and short phrases set in Trade Gothic Bold Condensed No. 20. The typeface is just right for the job. Its dimensions fit the frame well — bold without obscuring too much of the action. The letters are tough and upright, built like the players they celebrate.

No narration is necessary. In fact, the ads are unusually effective without it. When a televised game pauses for a commercial break you leave the loud ruckus of stadium-filled crowds and jabbering announcers and enter the ad, accompanied by nothing but the driving beats of a spare soundtrack. These promos made a strong statement that the NBA is back, baby! 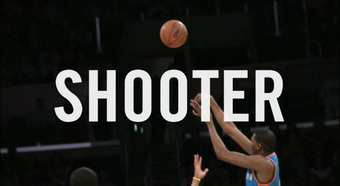 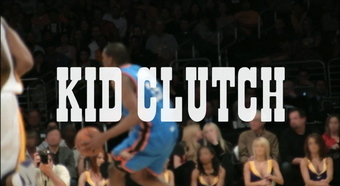 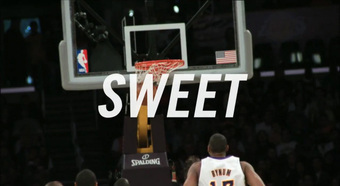 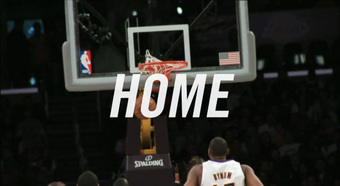 The Oklahoma City Thunder just advanced to the NBA Finals largely due to the last-minute heroics of young superstar Kevin Durant. His “Kid Clutch” nickname is the only departure from Trade Gothic in the series. It’s a quick flash of Playbill, a wink to the Wild West. At one point in the spot, the type goes oblique, echoing the path of the ball as it goes through the net. Sweet. 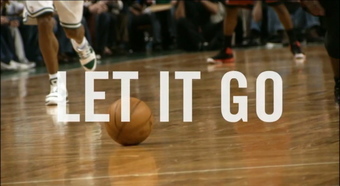 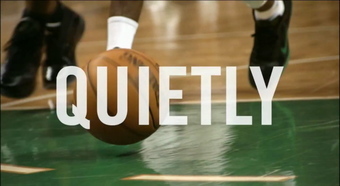 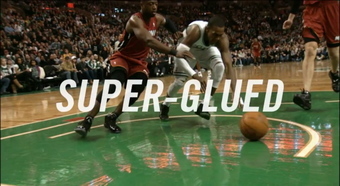 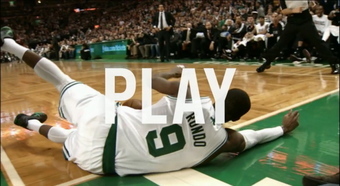 Rajon Rondo’s Boston Celtics could be the team that OKC meets in the championship series. The sequence featured in this spot is especially effective. The camera follows nothing but a loose ball, then a diving Rondo enters the frame, saving the ball from going out of bounds. The flatness of the type contrasts beautifully with the visual depth of the action. 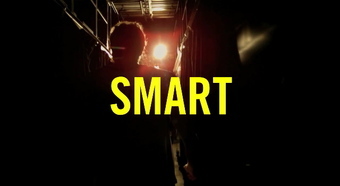 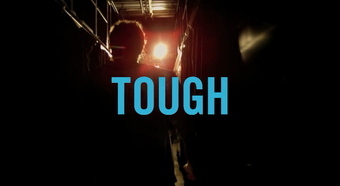 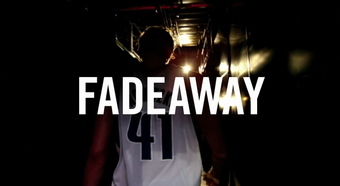 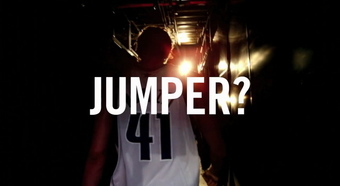 Last year’s champs, the Dallas Mavericks, were led by Dirk Nowitzki and he’s given the movie hero treatment in this simple but dramatic scene. Multi-colored type sings his praises as we follow him to the locker room after a game-winning performance. 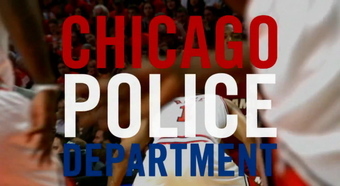 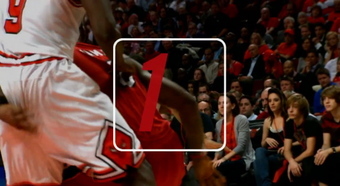 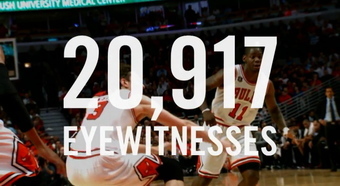 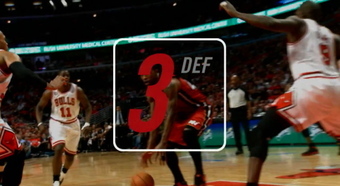 The ad featuring the Chicago Bulls may be the best of the lot. The star here is not a single player, but the defensive effort of an entire squad. An answering machine script is accompanied by the universal phone keypad. (Conveniently, key #3 includes the letters “DEF”.) The screen eventually fills with the names of various NBA teams who have felt the sting of the Chicago defense.

Each ad ends with one word: “BIG”. For this, the designers abandon Trade Gothic in favor of Neue Helvetica Black. I can only assume it was chosen because its extra bold weight allows the NBA logo to stand in nicely for the ‘I’. The broader type is also a better fit for a short word on a 16:9 TV screen.

More About the Type 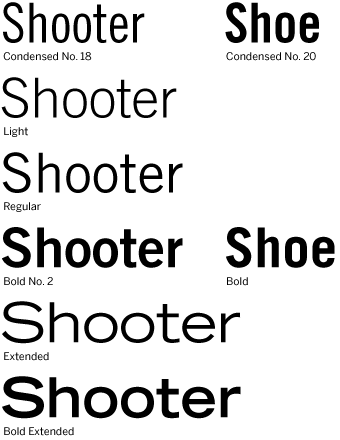 The Trade Gothic family and its two black sheep: Bold Condensed No. 20 and Bold. These outliers are more square than the others (see ‘o’) with strokes that often end at 90° angles (see ‘e’). This makes them better suited for display settings than text, while the others are more harmonious with the rest of the family for combined use within a paragraph.

These days, Bold Condensed No. 20 might be the most commonly used style of the Trade Gothic family. But it’s sort of an odd duck in the bunch. With its straight sides and flat terminals it feels more like a distant cousin than a member of the immediate Trade Gothic family. I’ve always wondered about this little anomaly. Where did this (and the other deviant, Trade Gothic Bold) come from?

The history is a little muddy, but from what I gather, it goes something like this. Back when it was common for various metal type foundries to offer their own versions of popular typefaces by their competitors, Trade Gothic was Linotype’s response to workhorse sans serifs like News Gothic — one of the most popular designs from the prolific ATF designer Morris Fuller Benton. In turn, News Gothic is essentially a text-specific evolution of Benton’s first sans serif for ATF: Franklin Gothic.

Despite that lineage, Trade Gothic Bold Condensed No. 20 isn’t derived from any member of the News or Franklin Gothic families. Not exactly. There was a cacophony of similar typefaces released by ATF, Monotype, and other manufacturers throughout the first half of the 20th century. One of the earliest of these is Alternate Gothic, a set of three condensed sans serifs designed by Benton in 1903, perhaps as a narrow alternative to Franklin. Trade Gothic Bold Condensed No. 20 is closest to the widest of these, Alternate Gothic No. 3. So, as in other modern attempts to bring useful (and marketable) order to disparate but related families, the Trade Gothic we know today is a big tent for styles previously known by different names. The various digital versions of News Gothic represent a similar kind of bundling. Trade Gothic Next, ITC Franklin, and Benton Sans are contemporary reintepretations, offering a larger family of more unified styles.

I’m sure there are those who know more than I about early American gothics. Comment below and clarify this history! Thanks to Benton scholar Juliet Shen for shedding a bit of light on it for me.

In the meantime, your type break is over, basketball fans. Now you can get back to Lebron James’ systematic dismantling of the Celtics in Game 6 of the Eastern Conference Finals.