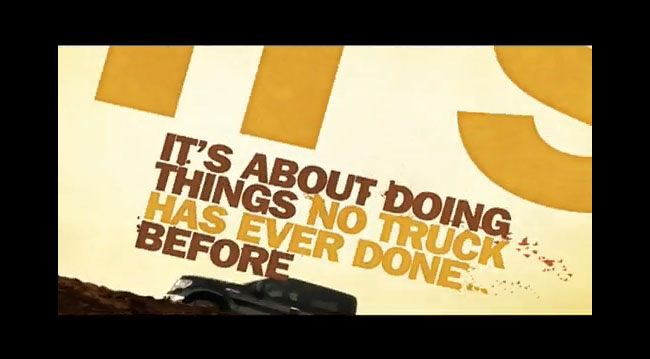 Parked in my driveway are two decidedly non-macho vehicles, both nearly 15 years old. I freely admit that I’m not a “car guy”. That said, I love the surge of typographic testosterone that Ford has been unleashing since 2009 to sell their F-150 and Super Duty pickups.

Using ITC Franklin Gothic Heavy and a bevy of inventive motion graphic techniques, the commercials are full of witty type treatments, perfectly complemented by the guys-talking-to-guys voiceover (initially by snarky comedian Denis Leary, currently by a sound-alike). When the spots (created by New York design/animation firm Offspring) first aired in 2009, the type and overall effect was fairly two-dimensional, with angled layouts that recalled Constructivist posters. Type in the 2011 incarnations is often three-dimensional and casts shadows on the highways, work sites and other manly scenes where the trucks earn their keep. 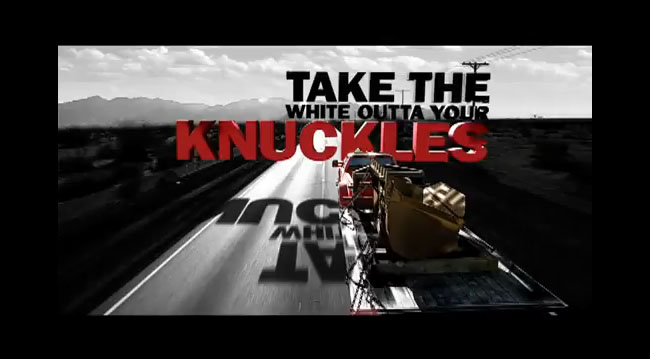 Update: Agency Team Detroit has more info and samples from the campaign.

The Room movie poster and billboard2003