Andrea Arnold’s raw, gritty retelling of the Brontë classic is at odds with the machined, modernist type that presents it. 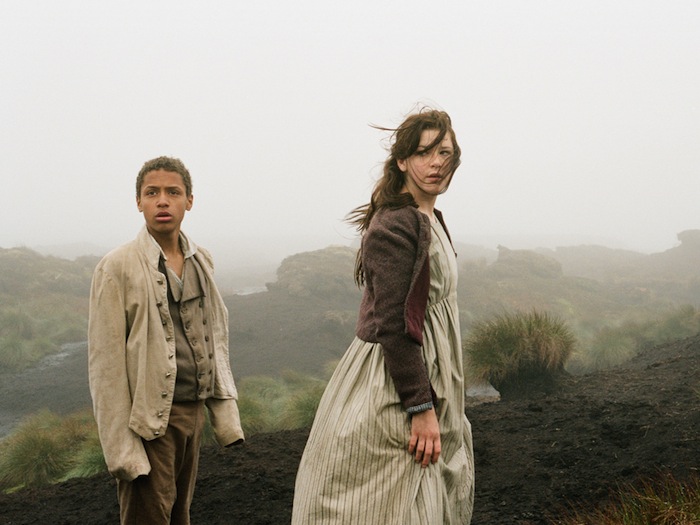 As someone who loves both movies and typography, I often feel a pang of disappointment when a decent film is let down by a deceptively simple artistic choice: the typeface for the titles.

A recent case in point: Andrea Arnold’s Wuthering Heights, a transgressive take on Emily Brontë’s eponymous novel, delivers a sensory feast of such distinctive purpose that its title deserves to be rendered with due care and consideration. Sadly, from the film’s opening titles through to its various posters and DVD covers, a chain of inappropriate font choices portrays the film in progressively confusing ways. 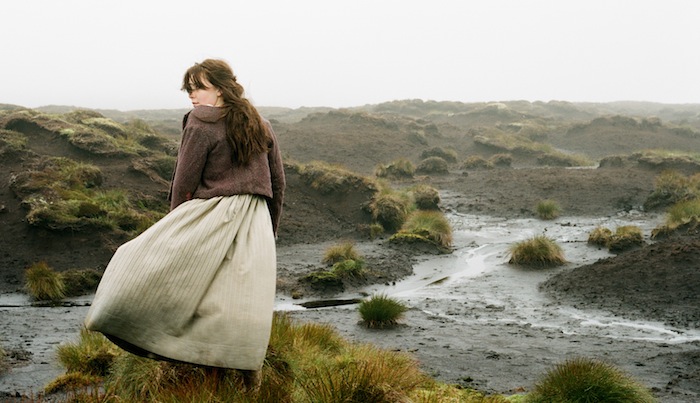 Shot by Robbie Ryan with an agitated handheld camera that renders everything in murky yet gorgeous tones (Ryan won the Golden Osella award for cinematography at the 2011 Venice Film Festival), Wuthering Heights tells the story of the doomed relationship between childhood friends Cathy and Heathcliff against the backdrop of the punishing Yorkshire highlands, a place that feels so far removed from the traditional image of the lush English countryside — let alone civilization — to be virtually prehistoric: its mountainous landscapes are shrouded in sinister fog; its plains soaked by piercing bullets of rain; its inhabitants routinely splattered in dirt and mud. 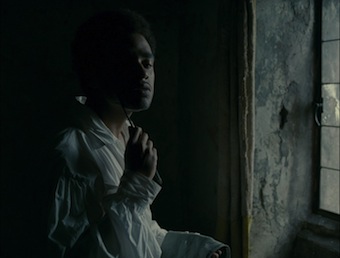 The primordial effect is amplified by Arnold’s avoidance of the high art clichés — the mannered theatrics, the classical glamour, the sweeping soundtracks — that hallmarked previous adaptations of the book. Arnold’s take on Brontë’s text is a feral re-imagining, raw, stripped to the bone, where even narrative and dialogue make way for the wonderfully spare yet suffocating visual atmosphere to take hold.

The aural setting too is rendered with such vividness, punctuated by country silences and ferocious storms, that the ambience becomes a character in itself, seemingly channeling the desire and rage of the characters who solemnly traverse those epic Yorkshire plains.

In short, Arnold’s Wuthering Heights is anything but a cosy, polished rendering of Brontë’s classic tale of love and revenge: this is a troubled love story set in the raging elemental soup of prehistory. We half expect the elements to break through the screen at any moment and lash us with its sombre rain. It feels like the dawn of time except the people wear better clothes.

Yet, for all of the considered stylistic choices, the film’s opening title card sends a strange, confusing signal about the tone of the film: 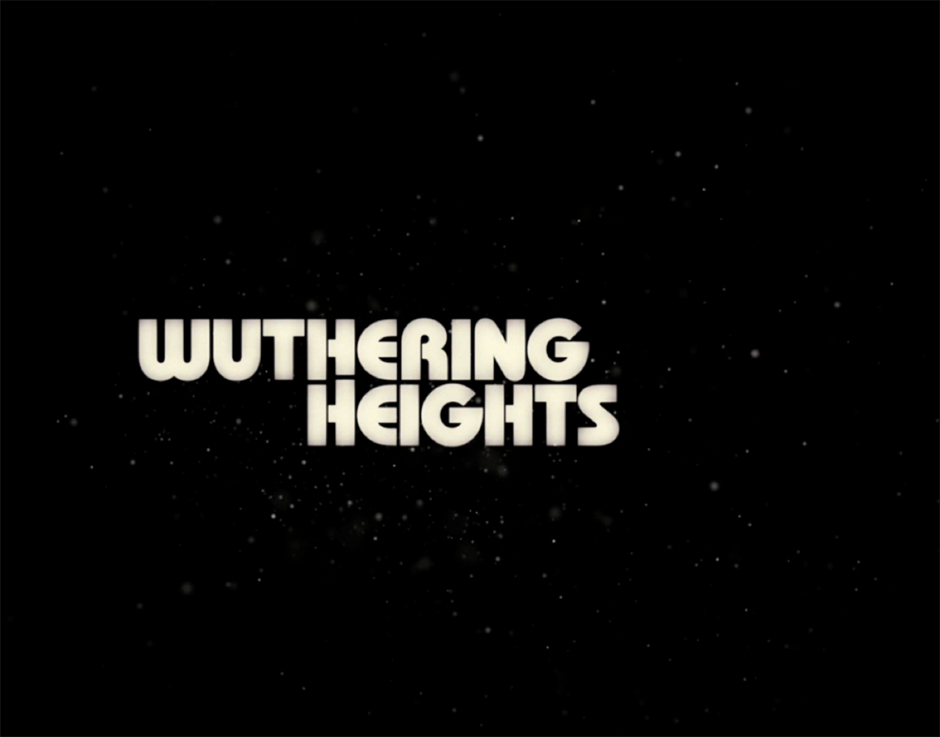 The title is set in ITC Bauhaus Heavy, a font with a particular personality that is varyingly modernist, bulbous, camp, or futuristic. Pleasant in its neat, rounded geometry, it suggests either flying cars or roller discos. It’s not for everyone, but it has its purpose. The question is: what does a typeface with these traits have to do with Arnold’s beautifully mucky and primal film?

Though some might defend it on the grounds that it’s consistent with the film’s bold defiance of the book’s classical signatures, the pitch of ITC Bauhaus is too discordant to be either an intelligent or beautiful choice. And while it would certainly be too obviously hackneyed to use a classic old-world serif like Trajan, using a typeface that screams — boldly, heavily – of sci-fi movies and ’70s throwback flicks reveals a high degree of fuzzy design thinking.

Unfortunately, the same thinking seems to have spread to the UK theatrical poster: 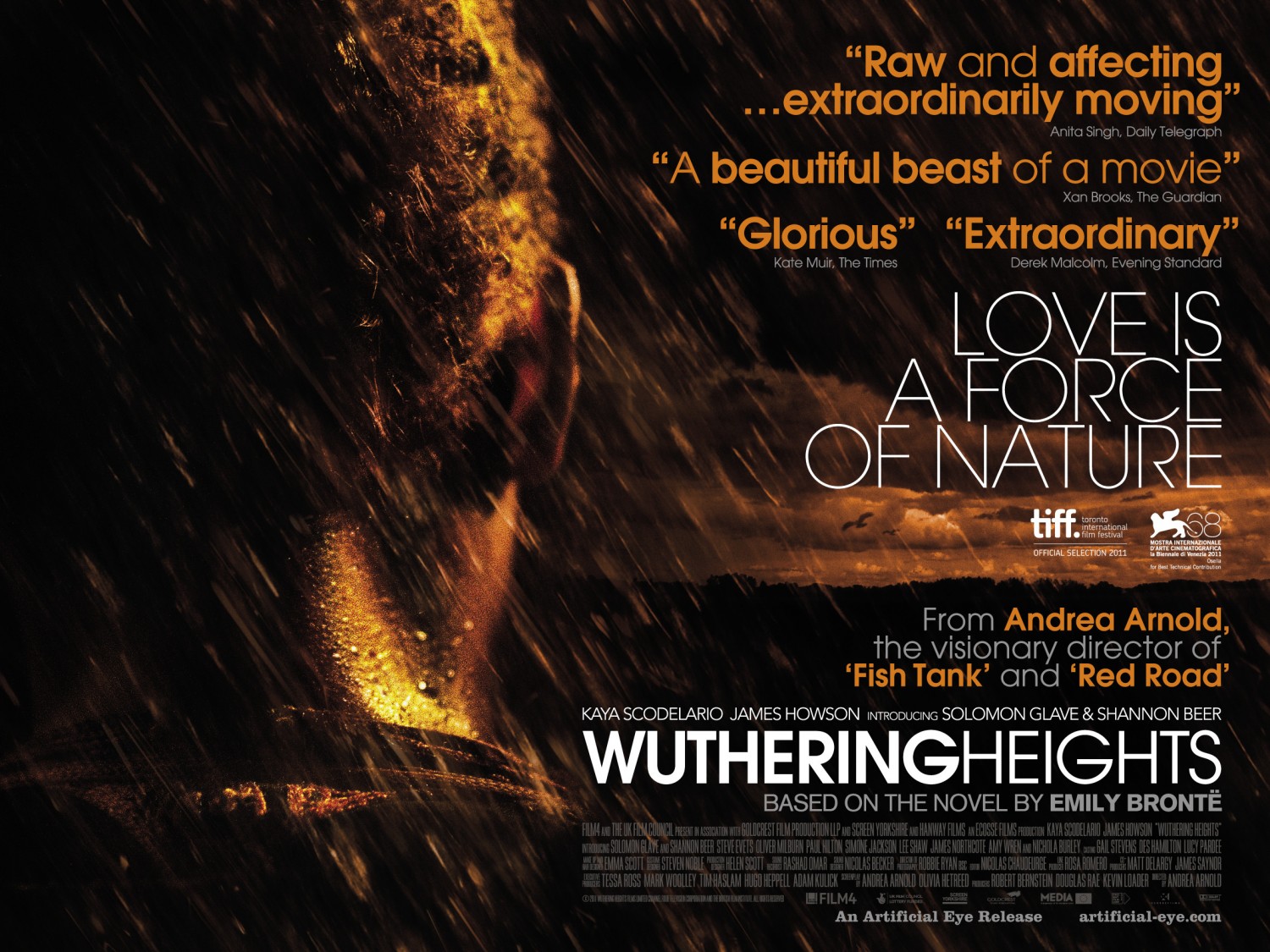 ITC Bauhaus Heavy makes way for the less vulgar ITC Avant Garde Gothic, an improvement of sorts, but not a significant one. The problems persist: the mechanical geometrics of ITC Avant Garde don’t reference the aesthetics of the film; it fails as a piece of ironic visual commentary; and it’s not neutral enough to allow the imagery to speak for itself.

Type-savvy people might also notice the couple of lonely lines of text on the poster that are inexplicably set in other slightly different sans serifs: the actors names in a typeface similar to ITC Avant Garde and “Based on the novel by Emily Brontë” in Akzidenz-Grotesk.

To that end, it remains unclear how the poster was intended to market the film: the type is poorly set in a style suggesting middle-of-the-road fashion magazines, while the imagery (which, incidentally, uses a shade of brown that doesn’t even appear in the film’s glorious colour palette) has the kind of giant-head heroism that makes Wuthering Heights look more like a war movie than the brooding drama that it is.

That last problem seems to have been corrected with the UK DVD cover: 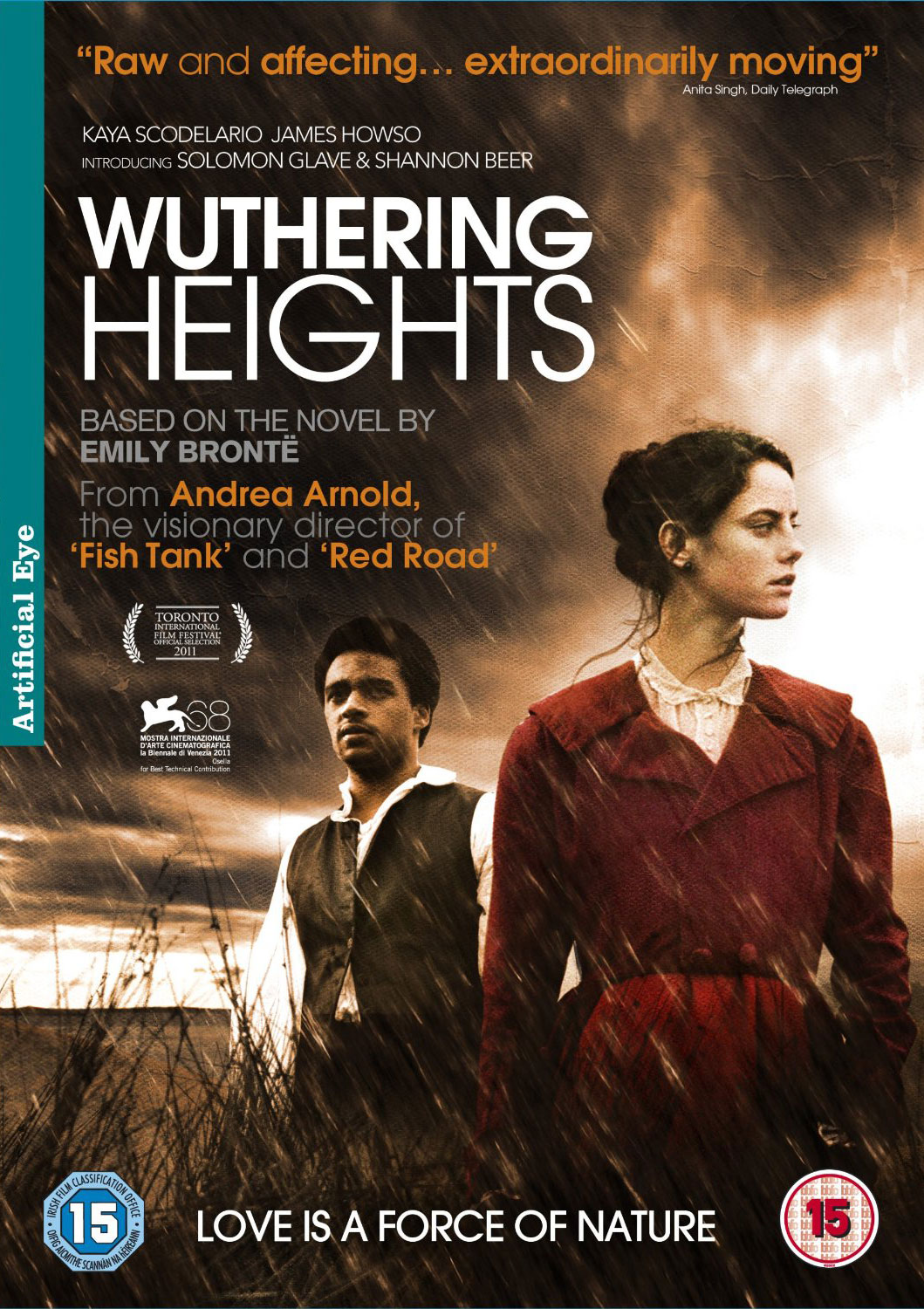 The anonymous head is replaced with portraits of the film’s stars. However, the shift to more relevant imagery barely disguises the odd hodgepodge of fonts in play.

Casual observers might not notice the typographic disaster unfolding before their eyes, but the chaotic use of three similar fonts when, really, just one would do, contradicts the consistent and deliberate style of the film.

But it’s not all doom and gloom. Across the Atlantic, the US theatrical poster ranks as a marked improvement on its UK counterpart: 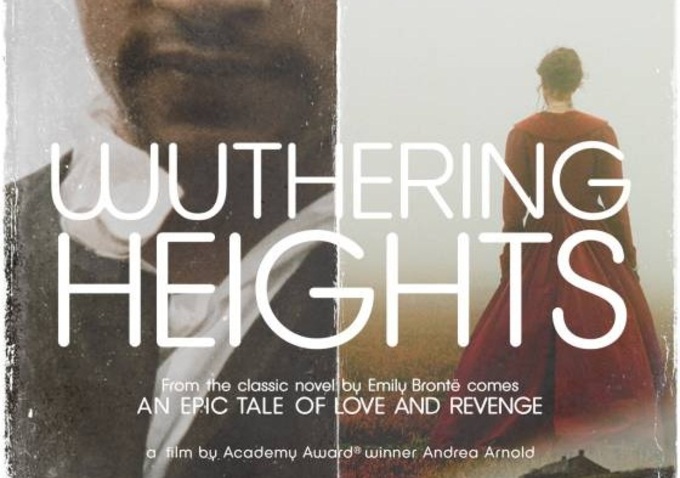 While it’s not an especially masterful work of design, the US poster’s simple layout and direct use of film imagery is effective in capturing the hazy, melancholy mood of the film. But, curiously, some (unidentified) futuristic type remains. While the treatment here is less severe than either the ITC Bauhaus or ITC Avant Garde versions, the influence of the film’s opening titles seems to have handicapped the typographic possibilities as the film made its way around the world. It looks better now, but is it right? I’m inclined to say, “No”.

And that’s a shame, because the film is blessed with such beautiful imagery that it didn’t need to be hindered by the poorly crafted and overly elaborate typographical misfires in evidence here. In fact, Wuthering Heights should have made for an easy design brief: with images like these, there really wasn’t much the designers needed to do except focus on choosing the right type. But, as we can see, that can be more difficult than it looks.

David Nguyen is a multidisciplinary graphic designer originally from Melbourne and now based in London. He is also the co-founder of design studio Temple.

More ITC Bauhaus in use

The Leeshore by Robert Reed (Donald I. Fine)1987

Design for a Changing World1967