Gill’s most awkward offspring finds a home on the stage. 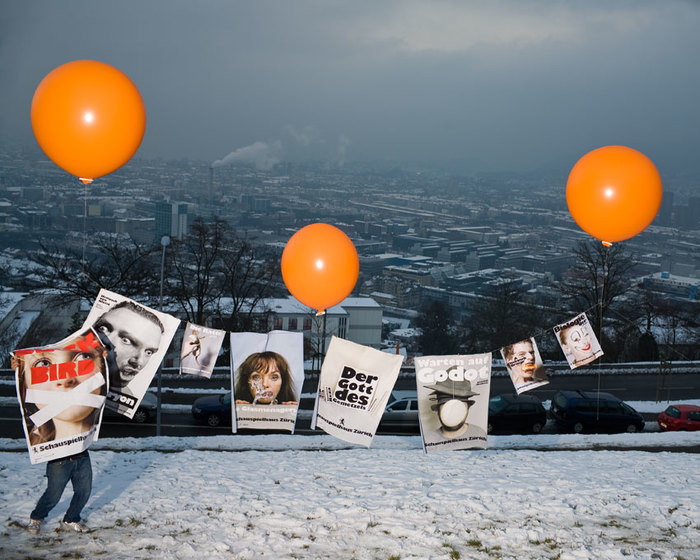 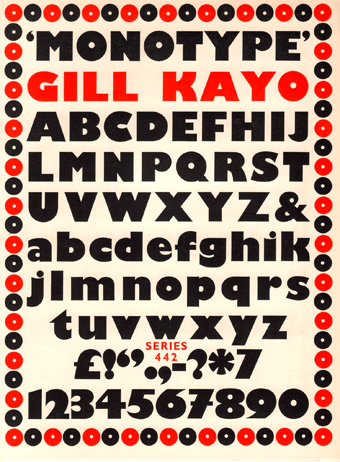 A leaflet from a 1936 edition of Typography magazine. Courtesy Mikey Ashworth.

It’s healthy to see our least favorite typefaces used well. It opens our minds. The notion that there is no bad type, only type used badly is simplistic, of course, but here’s an example of its truth in action:

“I used to dislike Gill Kayo—until I saw the Schauspielhaus Zürich posters by Raffinerie.” — Kris Sowersby on Twitter

Gill Kayo (or Gill Sans Ultra Bold) is the overinflated, cartoonish heavy weight in the Gill Sans family. Its origins are curious. For years I assumed Kayo wasn’t designed by Eric Gill at all, but an addition tacked onto the family by those with more commercial interests. Well, it was definitely commissioned by marketing but it is Gill’s work. Its design is one of the decisions questioned by Ben Archer in his essay “Eric Gill got it wrong”:

The strange variation between weights in the Gill Sans family. Courtesy Ben Archer.

This is why series 442, the Ultra Bold weight, is otherwise called Kayo for “knockout” — it was envisaged as an (English) heavyweight champion capable of slugging it out with (German) Futura Extra Bold. Gill labels his diagrams with terms “sans overbold”, “hardly recognisable” and “fatuous”, to drive home his point about the distortion of letterforms in the heaviest weights. Yet this is exactly what happened to Gill — rather than refuse commissions for Extra Bold and Ultra Bold (well beyond the weight of what was considered normal), he continued to draw up and deliver designs that he knew to be aesthetically unjustifiable. 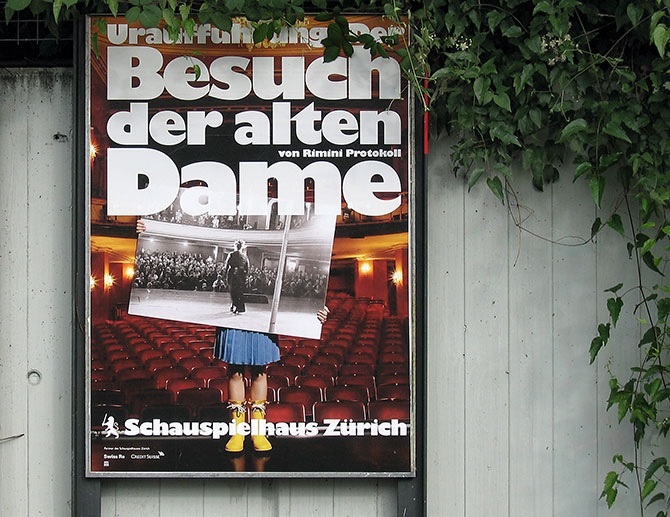 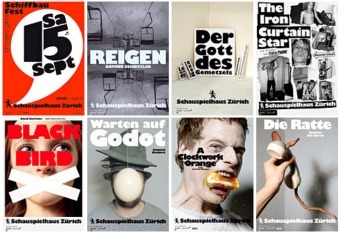 It doesn’t make much sense to use Kayo alongside the rest of the Gill Sans family, but Raffinerie shows Kayo can work on its own. The Swiss firm boldly embraced the face’s strong character, making it the singular voice of the Schauspielhaus, a theatre in Zürich. I haven’t been to Switzerland, so maybe locals can confirm, but I’ll bet the brash style of Kayo turns heads in an environment that is known for the pure and rational. 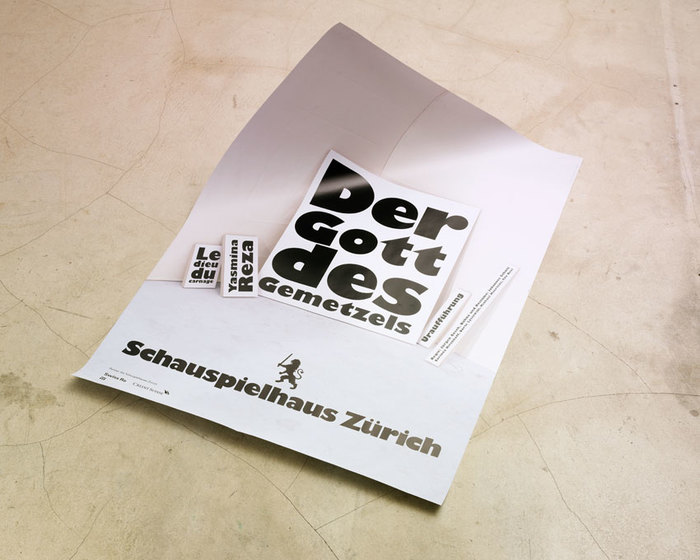 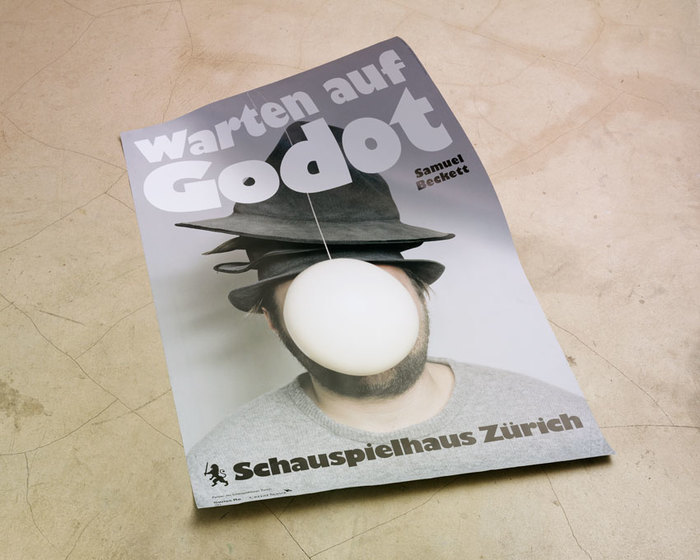 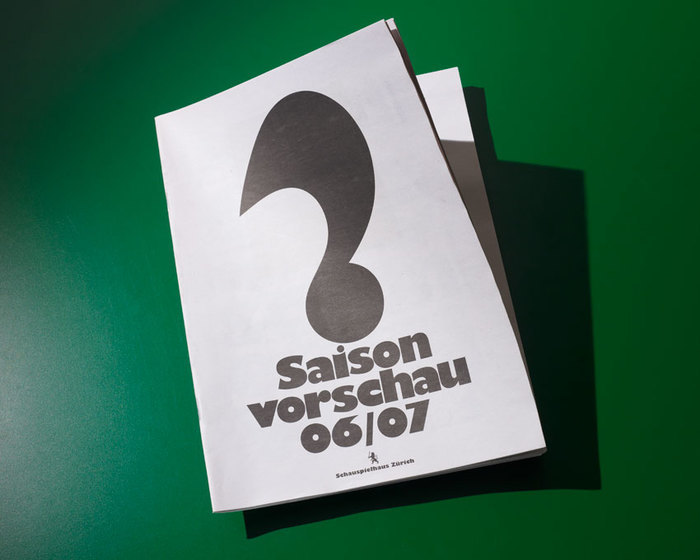 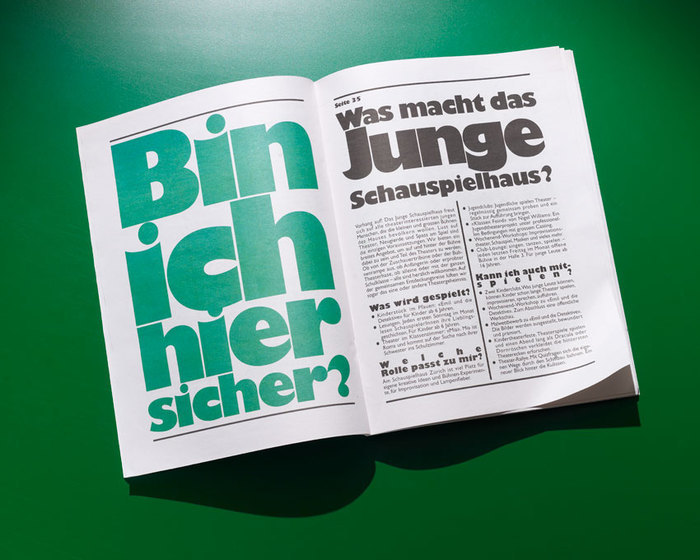 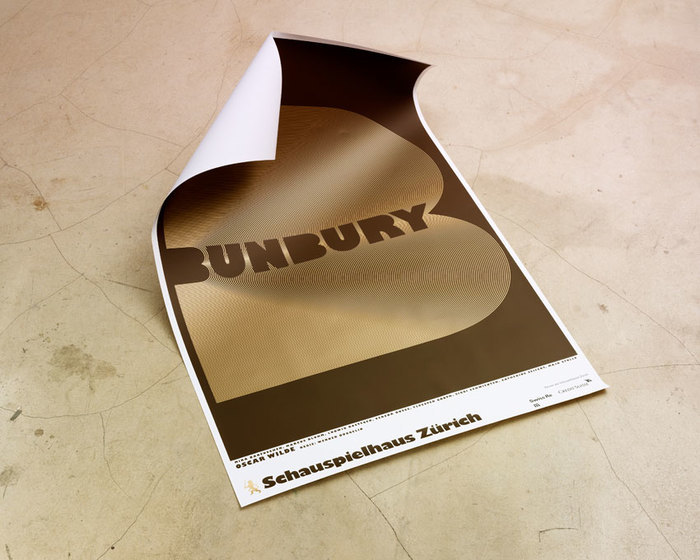 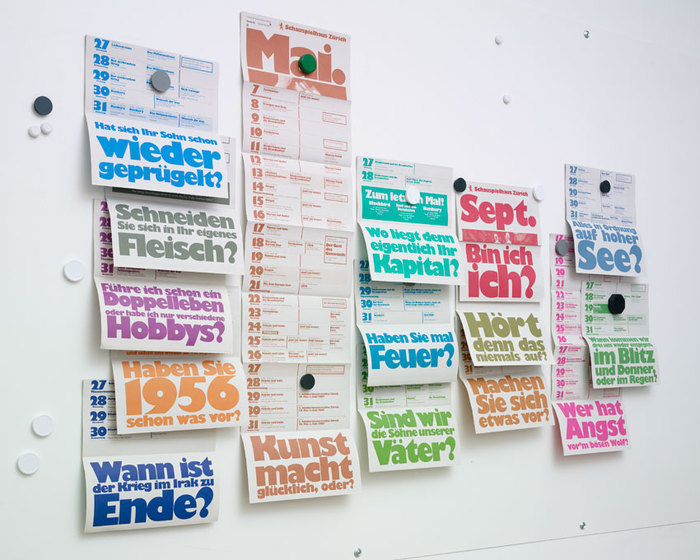