From the “Where are they now?” files, an undocumented paperback version of the classic newspaper typeface. 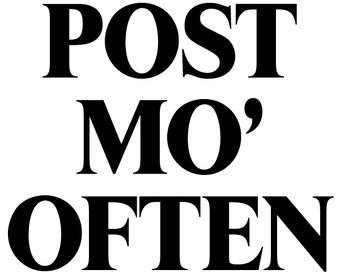 C D Moorby of UK fashion blog Stitched & Stitched used this image to post his new year’s resolution, declaring, “I will be a better blogger in 2013!”.

The deepest rabbit holes of type research often open up from a simple font identification request. I fell into one of these on Thursday when David Corti of September Industry sent me the image at right. It presented one of those troublesome ID challenges: type that feels so familiar but every guess is slightly off. I immediately thought of Times, but the details here are sharper (‘S’), more dramatic (‘E’), with wedge-like serifs. The whole thing is more narrow than Times, with stronger contrast, indicating that this is a variation designed specifically for display use. After online sources failed me, I went to the big yellow book. And there it was: Times Modern. 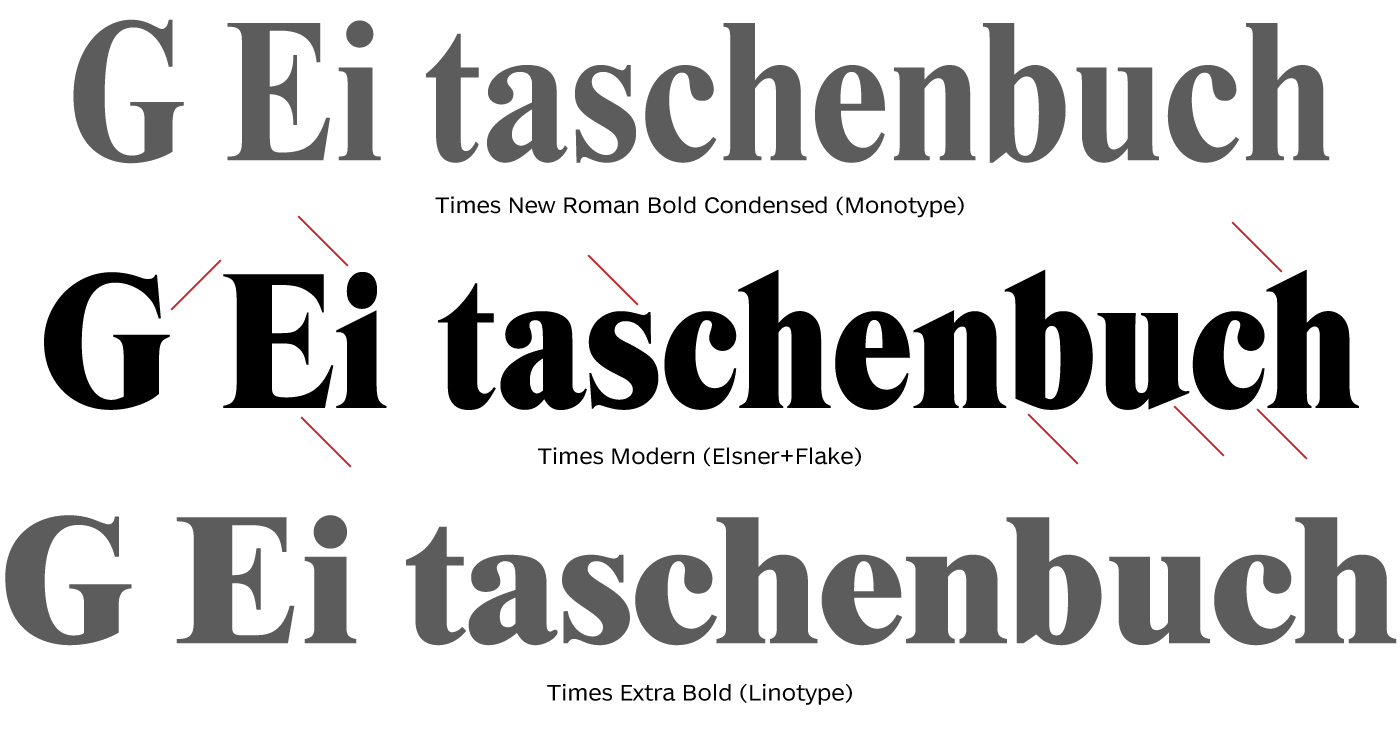 Times Modern compared to condensed and extra bold styles of Times. Besides its compact stature and sharp details, Times Modern also differs in its angled terminals on the stems of letters like ‘b’, ‘h’, ‘n’ and, most strangely, the bottom of the ‘u’.

The reason this thing was so tough to locate is that it is a font that was available digitally for years, but then silently yanked from the market, and thus the web — meeting the same fate as fonts like Haas Unica and ITC Didi. Complicating research even further, there are multiple designs known as “Times Modern”. Most articles we find today refer to the typeface designed by Luke Prowse and Neville Brody in 2006 for a redesign of The Times of London. And later, Eduardo Manso created Sunday Times Modern, an unrelated family for The Sunday Times.

This Times Modern, on the other hand, is a pre-digital design (published digitally by Scangraphic, then Elsner+Flake as “SH Times Modern” or “EF Times Modern”). But it’s unclear just how old it is. The history of Times New Roman is, of course, a very long and thorny one, and there’s no need to go into that here. Suffice it to say, this Times Modern appears to me to be entirely separate from Times or Times New Roman. My guess is that it was produced in the 1960s or ’70s, as it has the flavor of those off-kilter, high contrast headliners of the phototype era. Those who mourn the disappearance of EF Times Modern can still find like-minded eccentricities in type like Denver, ITC Grouch, Grumpy, Caslon Graphique, Benguiat Caslon, Cabernet, Troover Roman, Hawthorn, the new Superior Title, and more. 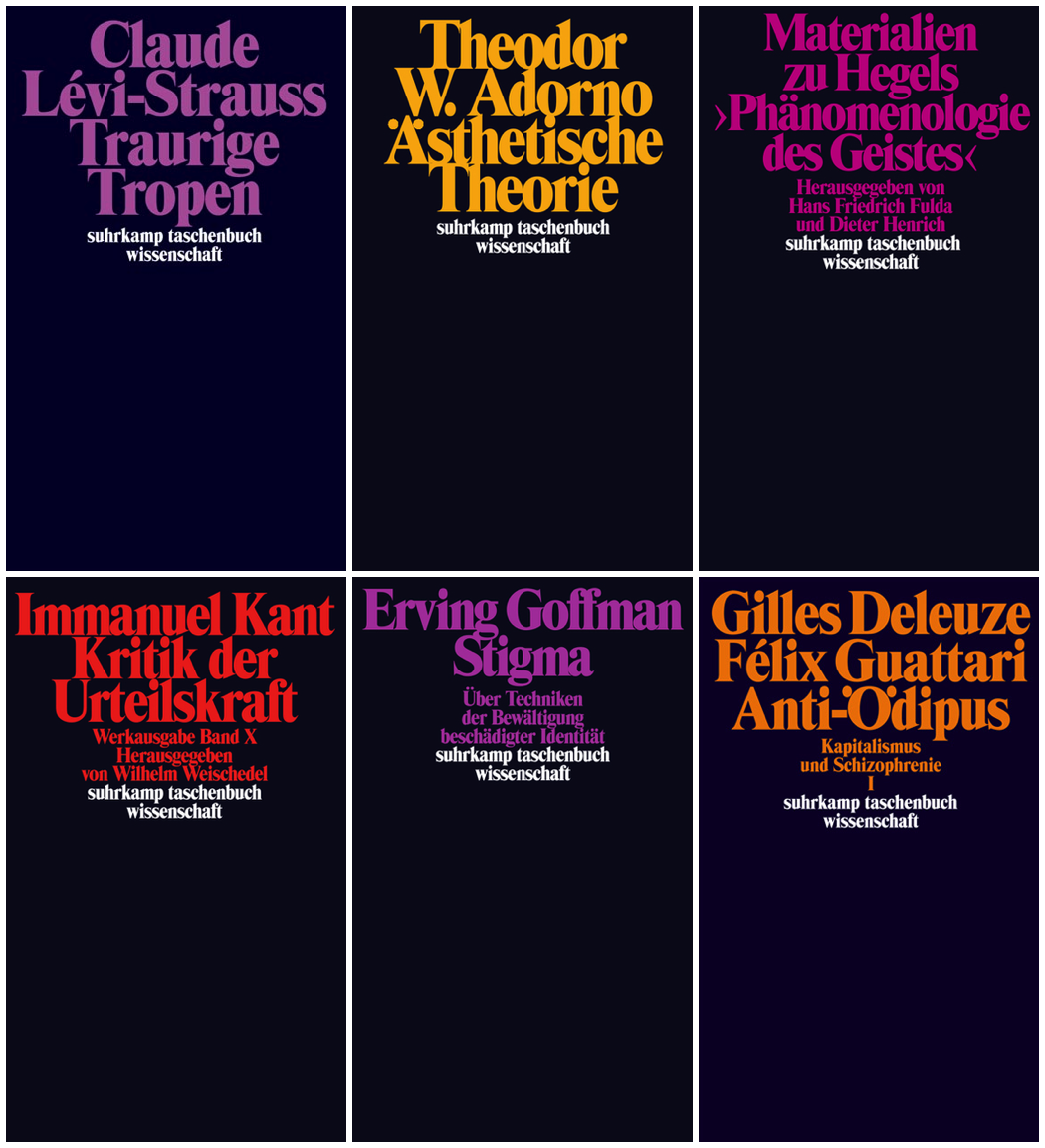 Willy Fleckhaus’ 1970s covers from Suhrkamp’s Taschenbuch Wissenschaft (science paperback) series. Umlauts are placed to the side of capital letters to accommodate the tight linespacing. 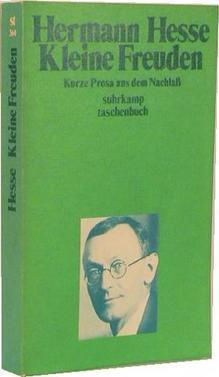 Perhaps Times Modern’s origins can be traced back to its most iconic use: the taschenbuch (paperback) series from German publisher Suhrkamp. Simple and striking, the covers stick to a strict template of tightly spaced Times Modern Black in just two sizes centered at the top. The title and author are large; the subtitle and imprint immediately follow in smaller type on the next line.

The system was developed by legendary German designer Willy Fleckhaus and Rolf Staudt, beginning in 1971. Some reports claim that the designers developed this customization of Times themselves for these covers. But Carsten Wolff, co-author of a 1997 Fleckhaus monograph, disputes that, telling us that Fleckhaus used classic phototype faces originating from suppliers like Linotype, Stempel, and Bauer, and did not design his own. 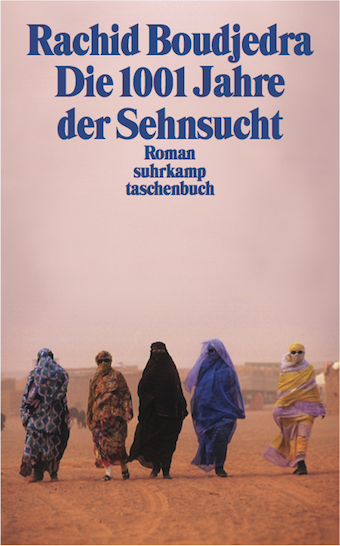 The 1001 years of yearning (2002). Suhrkamp maintained the paperback identity for over 30 years, but it got watered down over time, with looser type and full-bleed imagery. 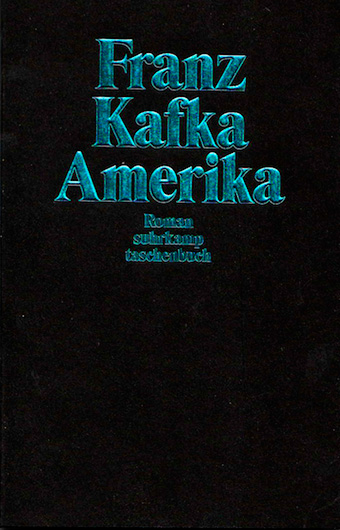 Another departure, this special edition of Amerika (1997) got foil stamped type. Still, the template was more or less intact until about ten years ago when Suhrkamp replaced the Fleckhaus system with a new design using banal left aligned type and four color blocks. Sad.

Fleckhaus also used this face (or one very much like it) even before, for his work at Twen, a sexy magazine for “people in their twenties, from 15 to 30”. The cover below suggests that the font existed as early as 1970. 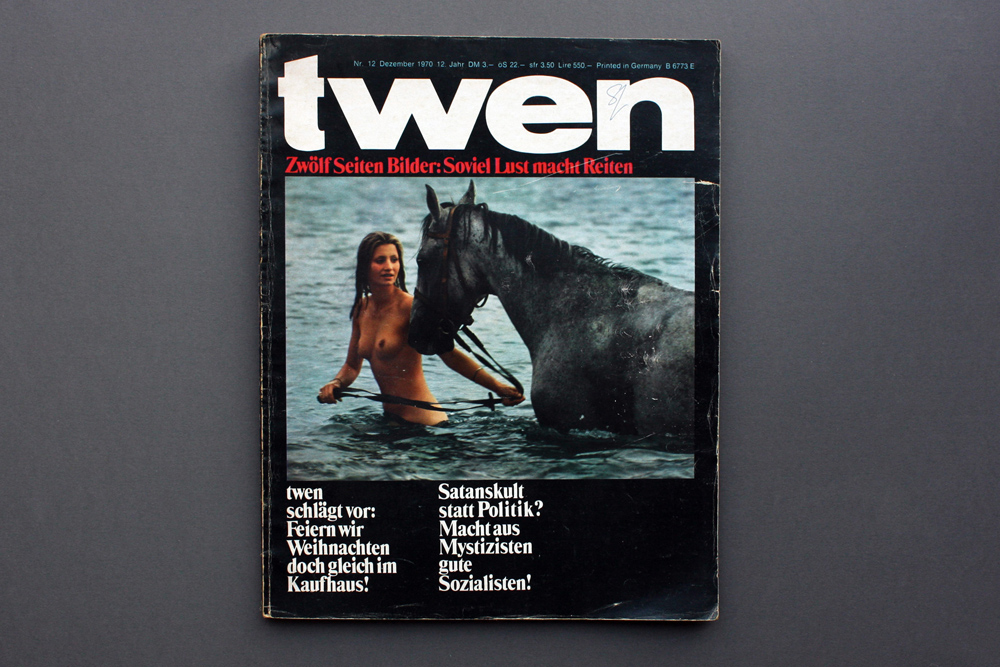 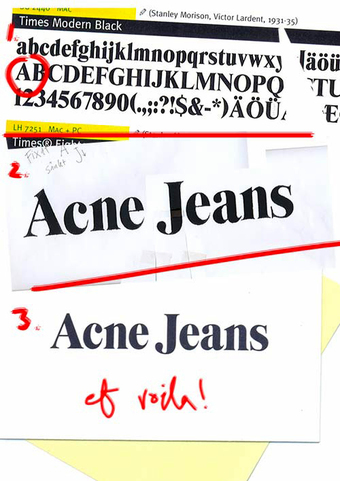 The Acne Jeans logo process as suggested by Zachary Ohlman on Typophile.

Younger folks may recognize Times Modern from the original logo of Acne Jeans. The Swedish clothing label modified the face slightly, giving its ‘A’ a hefty top serif à la Caslon Graphique. They have since evolved into a bolder, more polished logotype.

I am still quite curious to know more about the origins of this typeface. Did Fleckhaus really create it? Did it debut with only this “Black” weight? I did find two weights of a very similar typeface in a 1980 phototype catalog. The design, called “Times Bold Modified”, is not as condensed but has many of the same unusual details — with the addition of some goofy swash add-ons that were so prevalent in fonts at the time.

I also wonder why EF Times Modern is no longer available from Elsner+Flake. My hunch is that Monotype, the trademark owner of the “Times” typefaces, revoked their right to sell it, but that’s only speculation. I have some emails out to Elsner+Flake and people who worked with the foundry when the font was still available. I’ll update this article if and when I hear back. Failing that, I’m relying on you, dear readers, to shed some light on this mystery.

Danke to Indra Kupferschmid and Florian Hardwig for their insight and assistance with this post.

Update: Elsner+Flake wrote to say the removal of their font from the market is due to a complaint from Times Newspaper Ltd. who claimed that the name was too close to Times Classic and Times Millennium. Sigh.

Update, Mar 18, 2013: I contacted Albert-Jan Pool, who worked at Scangraphic from 1987–91. He did not remember Times Modern and didn’t find it in his catalogs. But adds this:

Brendel Informatik [now TypeShop Collection] (Walter Brendel used to be customer of Peter Karow at an early stage of the development of Ikarus, part of their data were in some of the more obscure IK archives of URW) seems to have had some kind of “Times Serial” called Riccione with 7 weights. Maybe E&F derived Times Modern from there by generating a condensed version of the bold weight?

Indeed, the bold weights of TS Riccione do come closer to Times Modern than anything I’ve seen in digital form (besides E+F’s now unavailable version). Riccione is clearly a different design, though — more cleanly drawn, with balanced counters. This can be a great thing for users, and the XBold is particularly nice, but it does miss the compressed wackiness of Times Modern if that’s what you’re seeking.

28 Comments on “The Other Times Modern”

More Times Modern in use