The works of Rand and Lubalin combine for a strong brand. 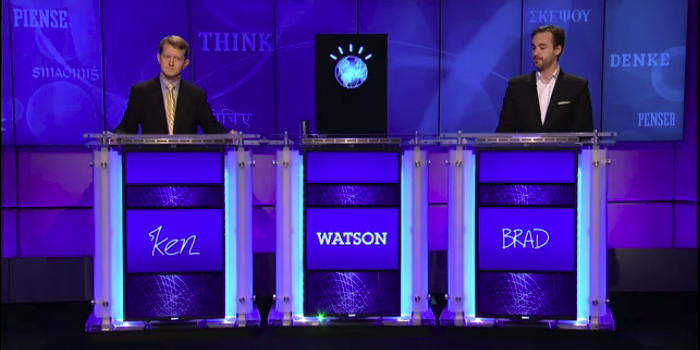 When Watson appeared on Jeopardy! on February 14, 2011, it did more than make history as the first machine to compete on the game show. It also demonstrated the strength of a typographic identity. The human players are traditionally represented by their handwritten names. How, then, would the computer be identified? With ITC Lubalin Graph.

The typeface, by the great Herb Lubalin, hasn’t always been a part of IBM’s identity, but it’s the perfect fit for Paul Rand’s iconic design. Like most centenarian companies, IBM has gone through some dramatic logo changes (and even a few name changes) over its lifetime, from the ornamental lettering typical of the Victorian era to the jaunty globe of the 1920s, to the hefty mid-century slabs. Rand made his first mark in 1956, replacing the less confident outlined Beton with a design that began with City. Rand lengthened the serifs and poked squares in the ‘B’. He added the stripes in 1972 and the logo hasn’t changed since. (By the way, the average Saul Bass logo lives 34 years. I wonder what Rand’s record is.)

ITC Lubalin Graph has just the right geometric structure and slab weight to complement the IBM logo and the brand has been using it extensively. The typeface does a lot of the work in IBM’s very typographic print campaigns by Ogilvy.

IBM print ads posted on Ads of the World in October 2010. 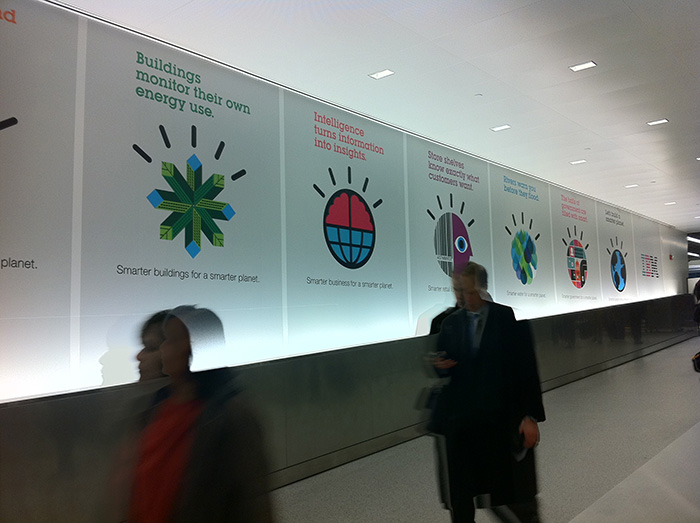 IBM backs up their commitment to innovation by using ITC Lubalin Graph as a webfont on its Watson. There is some fine-tuning to do — absent kerning is especially apparent in words like “Watson”. The IBM.com homepage and online version of the Smarter Planet campaign are still old-school type-as-image, but the pages are well designed and the identity is truly consistent across media. Kudos to IBM’s internal UX team and VSA Partners for their fine work on these pages. 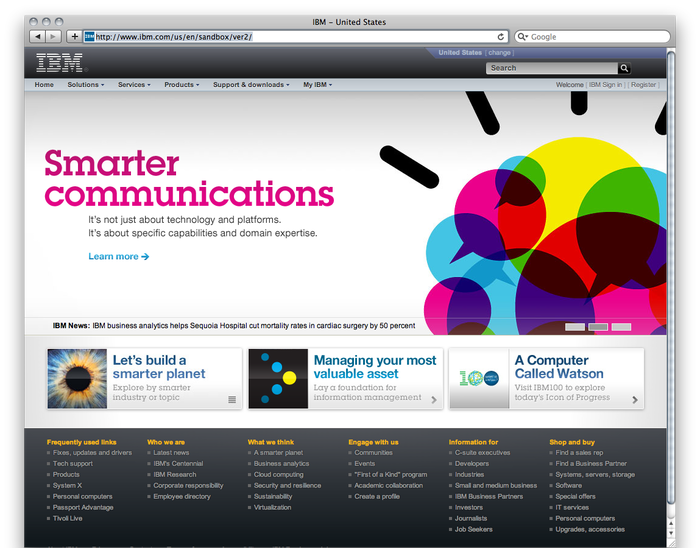 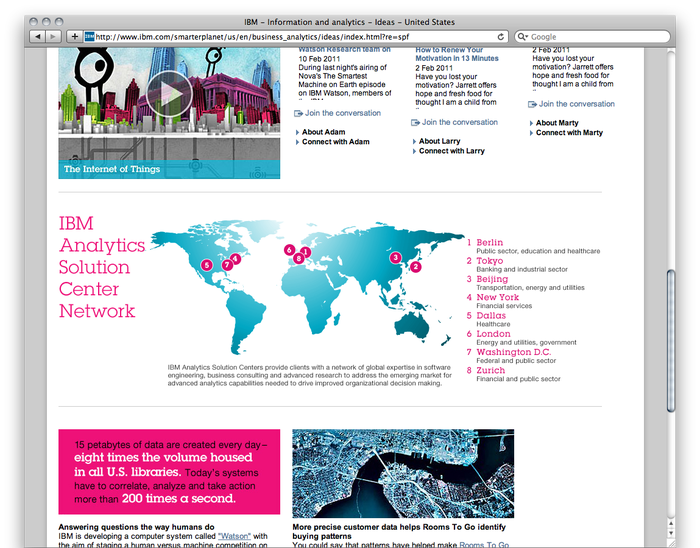 See more of IBM’s identity at work in their video for Watson. 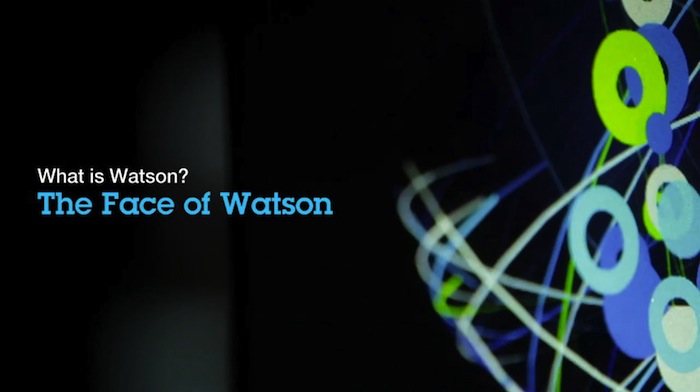 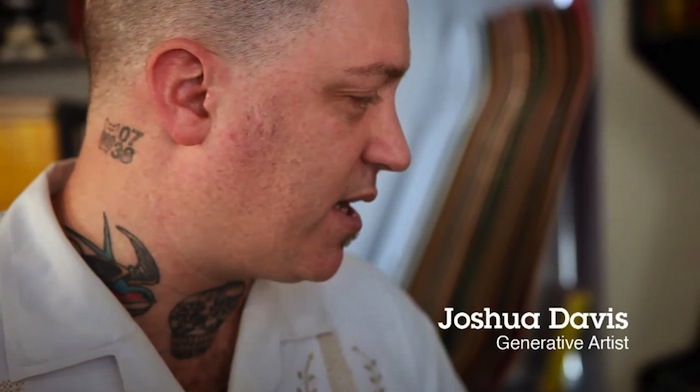 Lost City of the Incas by Hiram Bingham1981