Fresh type and illustration help an anti-establishment institution return to its roots.

“The Norwegian Short Film Festival started in 1978 as a young and radical counterculture to the Norwegian film industry and a monopolistic Norwegian Broadcasting Corporation (NRK). Today, 33 years later, it has become one of the pillars in Norwegian film life.” Thus the official site tells the history of this locally cherished event. In 2009 the festival got a fresh identity from Yokoland a small but accomplished design studio in Oslo. Yokoland describes the basis for the new symbol: 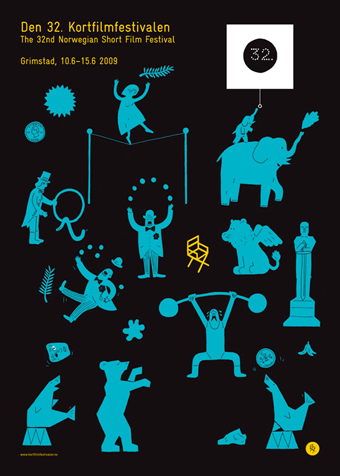 The very first logo of the festival depicted a chair, but the logo had not been used for many years. When asked to design a new identity for the festival we felt it was time to bring back The Golden Chair, and connect the design of the logo with the statuette. A new logo and statuette were designed. Needless to say, cinema highly depends on lightness and darkness. As a reference to this we used black and yellow as the main colors for the identity, while one new colour change for every year.

2009 was the first year with a new logo, and as a concept for the design we placed the chair among the logos of the major film awards – the Berlin Bear, the Venice Lion, the Oscar Award and the British Academy Award, to name a few. For some strange reason there’s a lot of animals in these logos, so when used together it resulted in a kind of circus-theme.

The typography of previous years (using Univers Compressed) was dated, and more importantly, had a very “establishment” air, which was not at all the spirit of the event. The team introduced Gravur Condensed by Cornel Windlin of Lineto. Though based on standardized template lettering quite common in Switzerland for years, Gravur has a contemporary personality in this context, and its round ends perfectly match the round ends of the Golden Chair icon. This pairing is even more harmonious when the type and symbol share the same line width, such as on the festival catalog below. 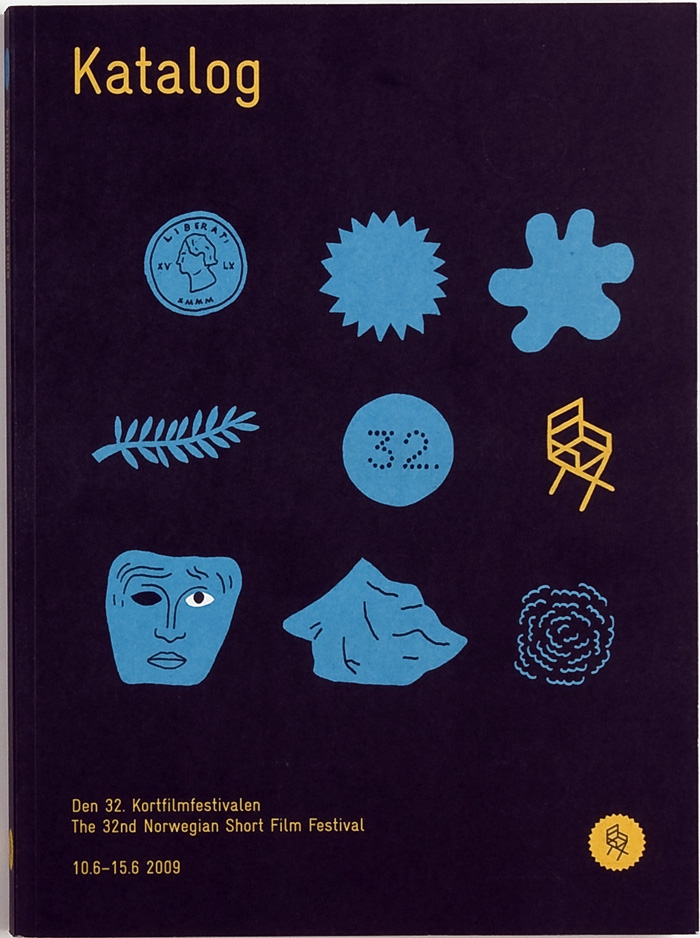 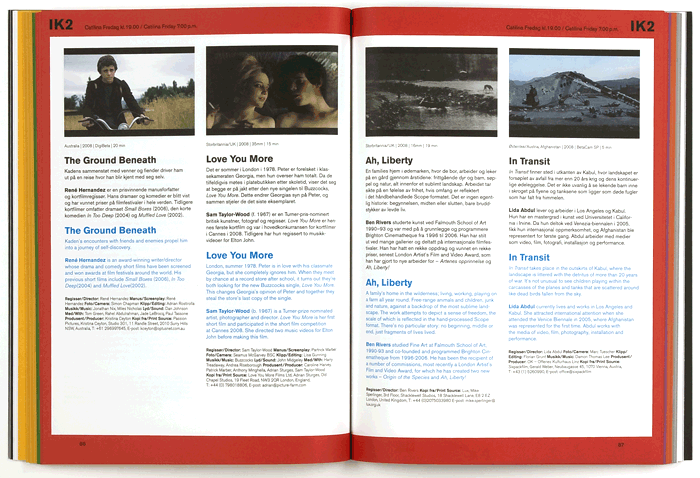 The catalog employs Akzidenz-Grotesk for all interior type. Norwegian text is printed in black, English in blue. 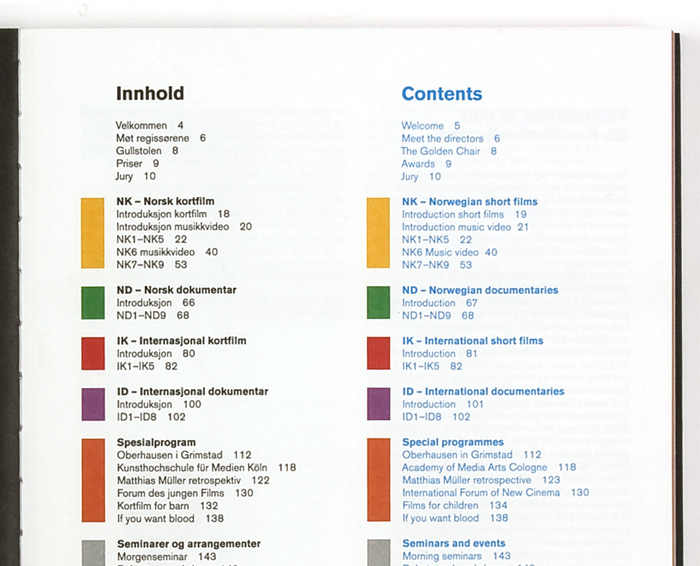 Competition divisions are indicated by colored backgrounds which are easily visible from the catalog edges while thumbing through the book, as well as in the fold-out program schedule. The clear, readable guide is an excellent demonstration of functional simplicity: just one typeface in two weights, hierarchy and content organized by color and size. 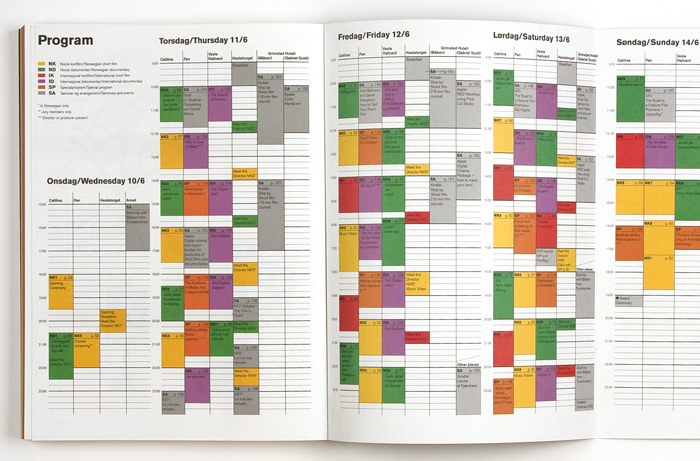