Sam sacrifices his waistline to bring you this type spotting report from the field.

Asiago — cheese from the Veneto region of Italy in an American fast food sandwich. Small world.

The type caught my eye because it was beautiful. Then the irony slowly sunk in: a custom typeface for the Guggenheim Museum is now selling Wendy’s chicken sandwiches with Italian cheese.

Later that same week I was driving up Highway 93 from Boston to New Hampshire. As I pulled in to get gas and food I saw the signage in the Wendy’s window. I had to get a closer look. To my delight, Verlag was everywhere. Big beautiful signs for fries, burgers, and yes, that Asiago chicken sandwich.

Having read Michael Pollan’s books and been stunned for months after watching Food, Inc., I know that the industrial chicken I was about to eat most likely never saw the light of day, nor did it live or die with a beak. But I was hungry, had 4 hours left on my journey, and to see the store graphics up close I decided to eat in and not drive through. I wanted the full experience. 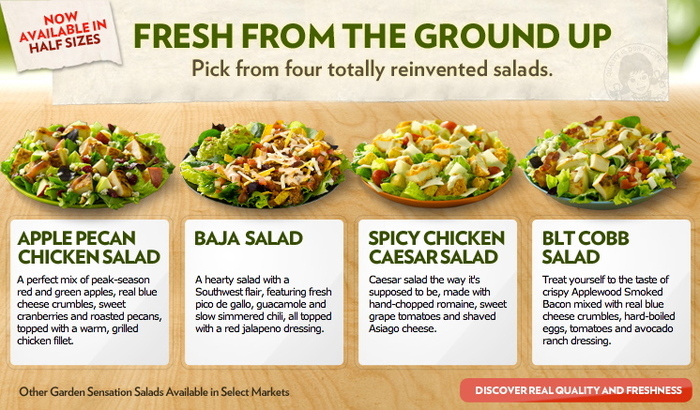 Verlag in use on Wendys.com.

The signage throughout the store was appealing, colorful, and well set. Every sign, teaser, ad, menu, was beautifully crafted. 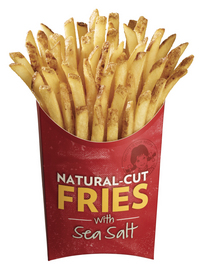 So I ordered. I was unable to keep a straight face while saying “Asiago chicken, please”, so I ordered the “number 6, medium drink, thank you”. Pretty tasty, as I would expect from a fried chicken sandwich with lettuce and tomato and more salt than I had eaten in a month.

Wendy’s new identity is a slight variation from the Neutraface and its distinctive italics that were used in early 2010 and before. Both looks are a bold move away from the traditionally banal, unsophisticated face of fast food. Verlag is used throughout, from the website to the posters in the stores, and every sign, inside and out. I shy from describing Verlag’s typographic inspirations because H&FJ’s description is so darn good.

[Editor’s note: We were unable to identify the studio responsible for this identity work. The supporting script face, in the manner of Marydale, is unknown. It could be a custom font — the quality is slightly higher than most handwriting freebies — but it doesn’t have the natural flow or alternate glyphs of a true writing emulator like Suomi Hand Script. Update: the script is FG Matilda. Thanks, Rob. — SC] 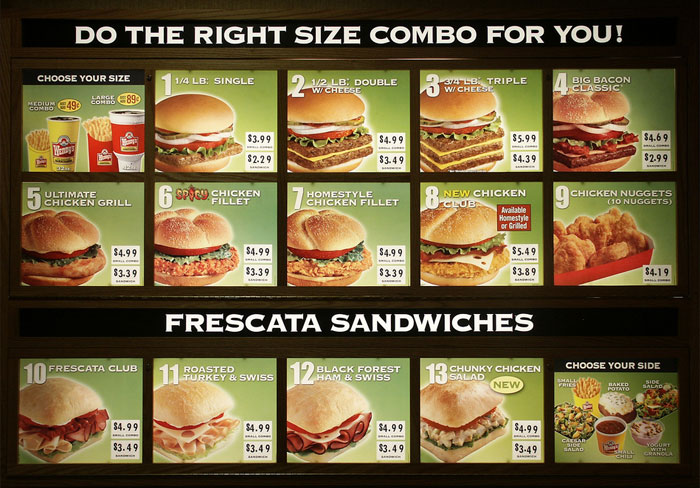 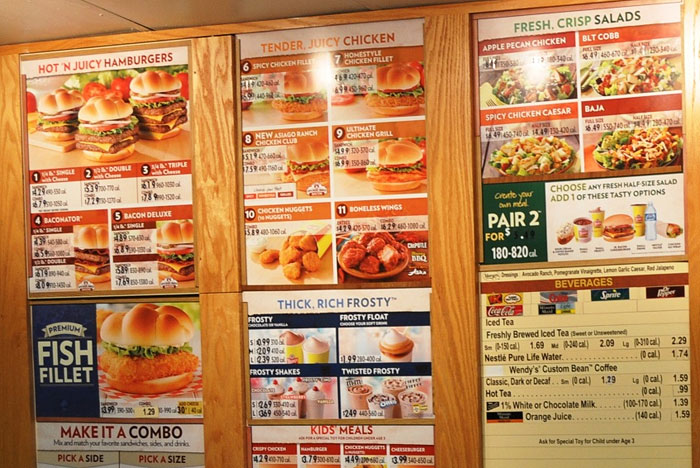 My stomach satisfied, I began to crave more type. This was a typical American highway exit: McDonald’s across the street and the Burger King next door, KFC and Subway all within type identification range. Walking through each one, I was surprised to see the chains are executing interesting typeface choices and rather exquisite typography.

During the next week I hit every fast food joint I could — type spotting, of course. More results to come in the next installment of “Fast Food Fonts”.

More Verlag in use

Contributed by Will Sonner

A Swingin’ Affair by Dexter Gordon1962