True Type of the Bauhaus

The Bauhaus theme is one of the most common victims of lazily picking a font just because of its name. 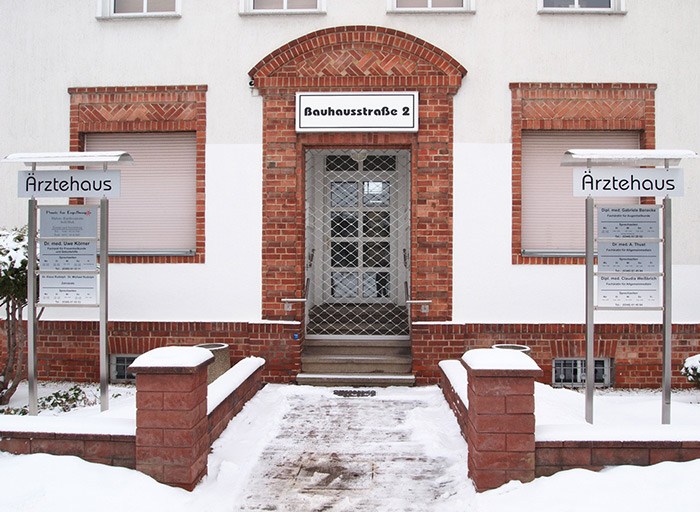 Even in Dessau, buildings are unwisely adorned with ITC Bauhaus, a child of the American ’70s, not the German ’20s.

It might be disappointing to some, but most of what the Bauhaus printed in their early years was set not in geometric sans serifs but in art nouveau flavoured text faces. The initial Bauhaus manifest from 1919 (below), for example, used Ohio by Schriftguss AG (LTC Pabst Oldstyle is the most similar digital font available). Back then, one had to content oneself with the fonts a printer had in stock.

Later, the typefaces used by the Bauhaus fit better within the ideas of the “New Typography”: a clear, modern, industrial atmosphere achieved by anonymously designed, rather dark Grotesque faces stripped of all unnecessary decorative elements. 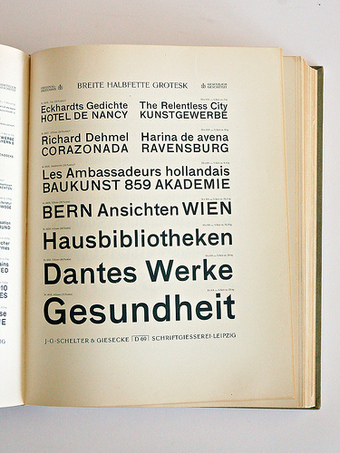 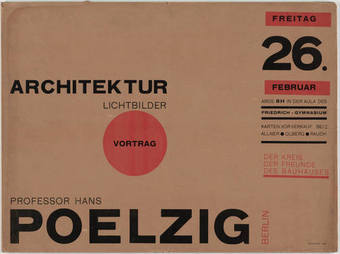 A 1925 announcement by Herbert Bayer using Breite Halbfette Grotesk. FF Bau (2004) is a digital interpretation of this face.

This drawing by Herbert Bayer wasn’t produced as a typeface.

A typeface in this vein often found in their later materials is Breite halbfette Grotesk by Schelter & Giesecke, recently revived as FF Bau by Christian Schwartz. Others are Venus and Ideal Grotesk, later recycled in Monotype Grotesque.

But the typographic ideas of the Bauhaus, above all Herbert Bayer and Joost Schmidt, went further. The radical constructivist designs we now immediately connect with “Bauhaus”, however, were only carried out in drafts — drawings and lettering — never in a typeface.

Paul Renner’s Futura was clearly inspired by the concepts of the Bauhaus (see experimental letters) but came out no earlier than 1927. Then, however, it was accepted as the “type of our time”.

The typeface ITC Bauhaus is a design from 1975 by Ed Benguiat and Victor Caruso inspired by the ideas of Bayer, Schmidt et al, but it is not a revival of any Bauhaus design.

So, what typefaces should we choose to be more imaginative?

Typefaces like the ones used by the Bauhaus. For example:

Geometric, constructivist typefaces based on the design ideas of the Bauhaus:

Also check out this FontList at FontShop.

22 Comments on “True Type of the Bauhaus”