The San Francisco Chronicle honors a child’s wish with a Batman-themed front page. 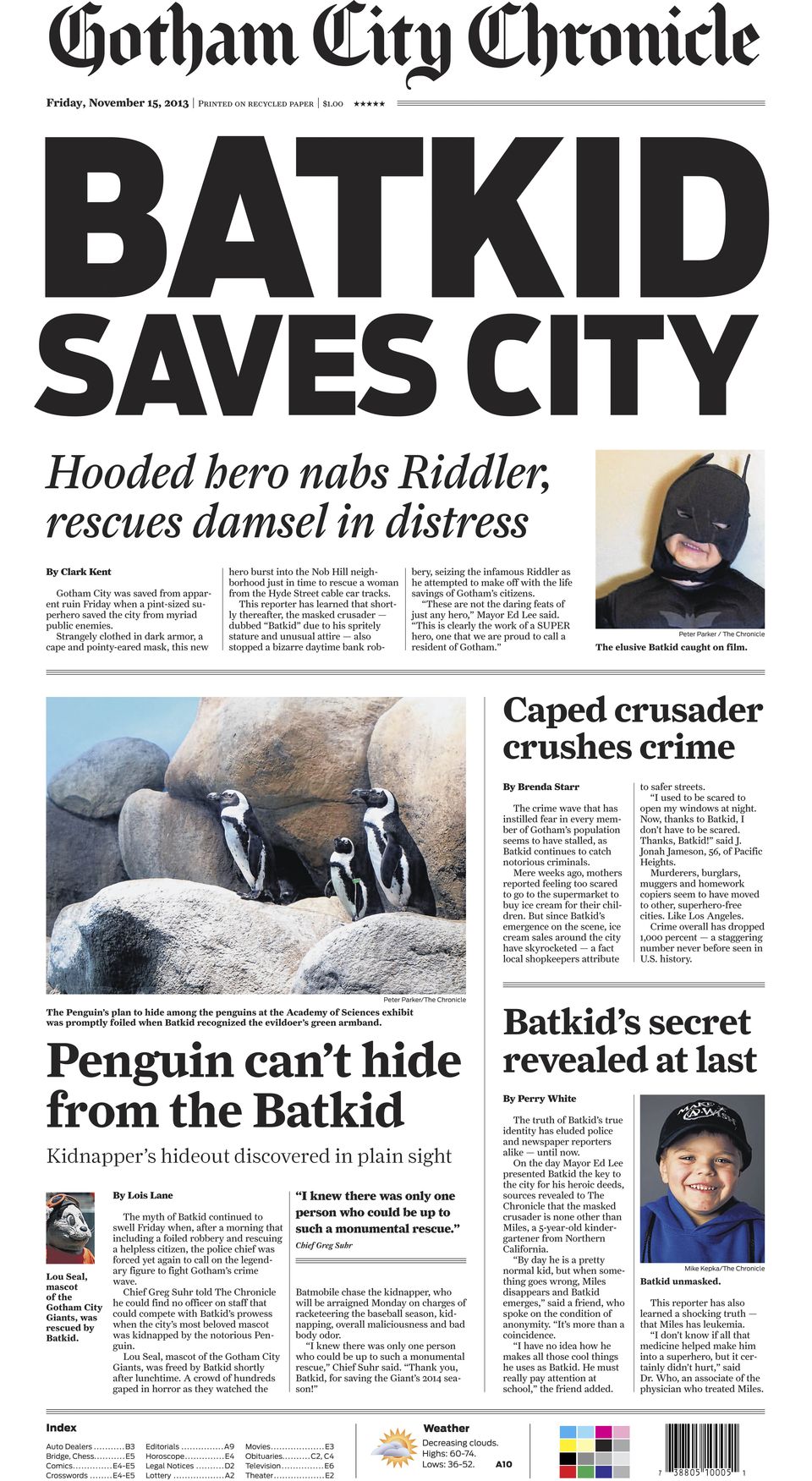 You’ve surely heard by now: Batkid saved the day (and took over the internet). On Friday, November 15, five-year-old Miles Scott had his wish granted after a long battle with leukemia. The Make-A-Wish foundation and thousands of volunteers in San Francisco gathered to watch Miles save the city from Penguin and the Riddler. 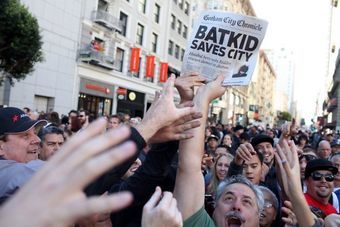 Jerry Quiles, who works for the San Francisco Chronicle in their Marin Circulation center, passes out copies of the Gotham City Chronicle in Union Square. Photo by Jason Henry.

To honor the event, the San Francisco Chronicle published a special front page. This was a clever and generous act — it added to the day’s authenticity as it was handed out to the crowd by a newspaper employee. Due to high demand, the page was reprinted for the Saturday edition.

As far as the typography, this design deviates from the paper’s usual look in a notable way. The Chronicle doesn’t rely on its bold sans-serif, Antenna, to deliver major headlines. Rather it’s fairly restrained, using Farnham for all of the headlines and light treatments of Archer for slugs and bylines (shown below and in this Fonts in Use entry). Major news is still delivered boldly, tucked under the nameplate, but it’s the serif’s duty. 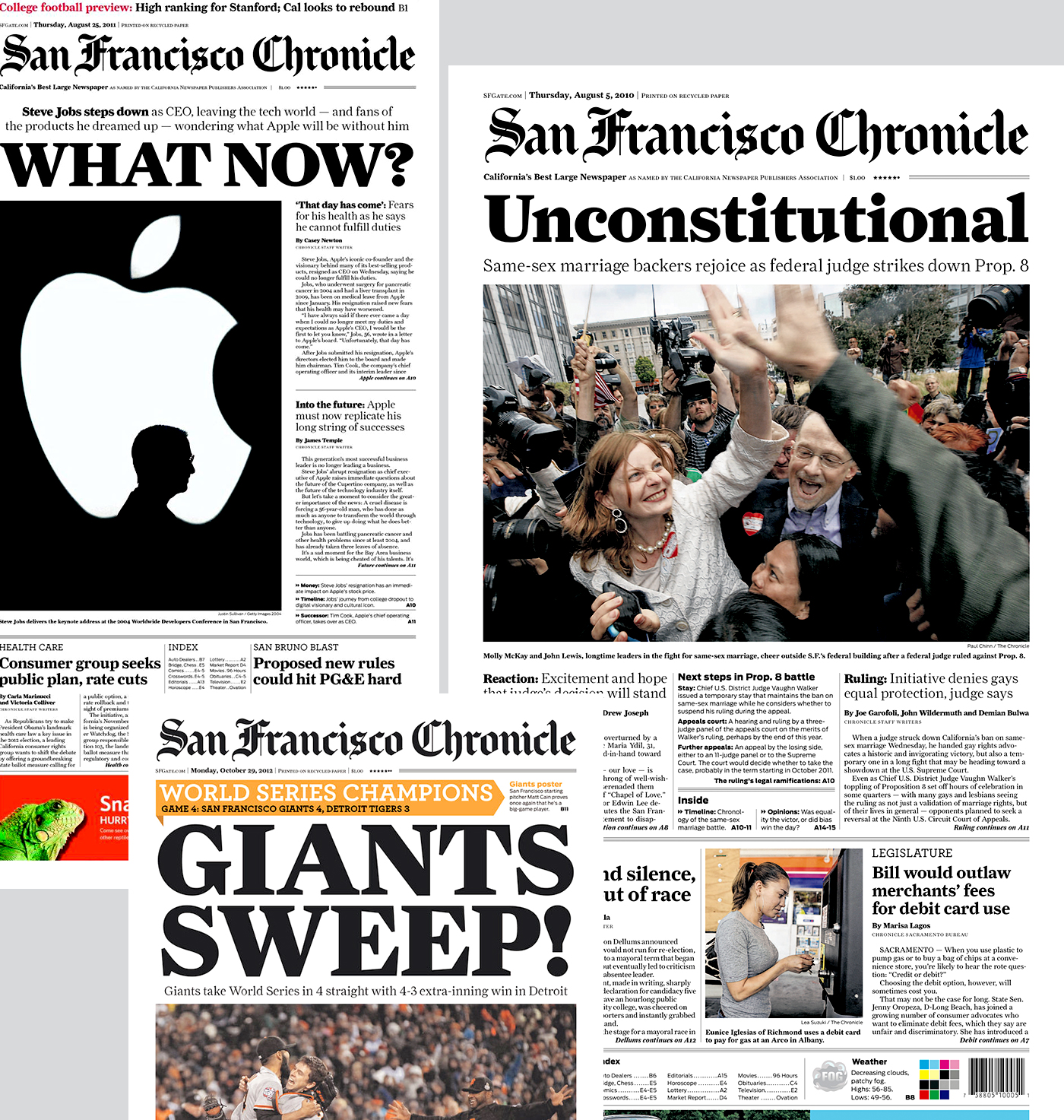 Three alternate front pages, showing the use of Farnham for headlines.

Otherwise, the Gotham City Chronicle looks a lot like a regular edition. The overall structure and edtiorial contributions makes this much more than a bonus page. What could have been a poster — one big color image with a headline — is in effect fairly nuanced and it feels like serious piece of print.

The nameplate of the San Francisco Chronicle is shown with the modified version for Gotham City Chronicle.

Unfortunately, some evil still lurks in the Gotham. Jim Parkinson, a superhero among lettering artists, designed the San Francisco Chronicle nameplate. But the Gotham City nameplate appears to have been chopped up on the fly. Says Parkinson:

No, I didn’t modify it. Although it would have been the kind of thing I do for free.

I think they tried to use a lowercase ‘h’ to make a bizarre ‘G’ and stole the tail from the cap ‘F’ to add to a ‘y’, that was probably once an ‘h’.

Alas. Young heros save cities — thanks, Miles! — but the fight against improper lettering is far from over.

More Antenna in use

First Ascent of the Eiger2011