A wealth of typefaces go to work in the 2011 edition. 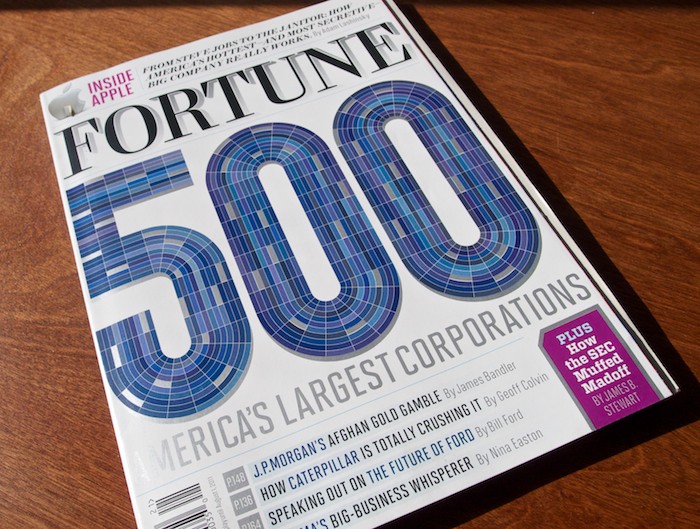 Fortune, May 23, 2011 cover featuring an illustration by Carl DeTorres.

Two-time National Magazine Award winner John Korpics has a lengthy editorial design resume that includes Premiere, GQ, Entertainment Weekly, Esquire, InStyle, Fortune, and now ESPN The Magazine where he just joined as Creative Director. One of his final acts at Fortune was the annual “500” issue. It’s always a hefty production, but this year’s is a particularly typographic feast. 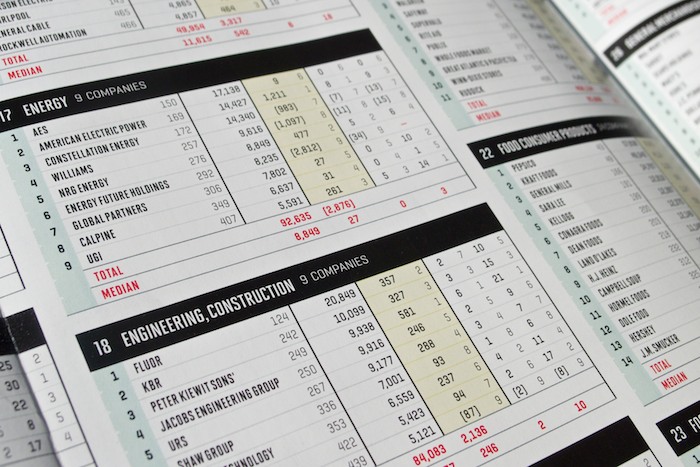 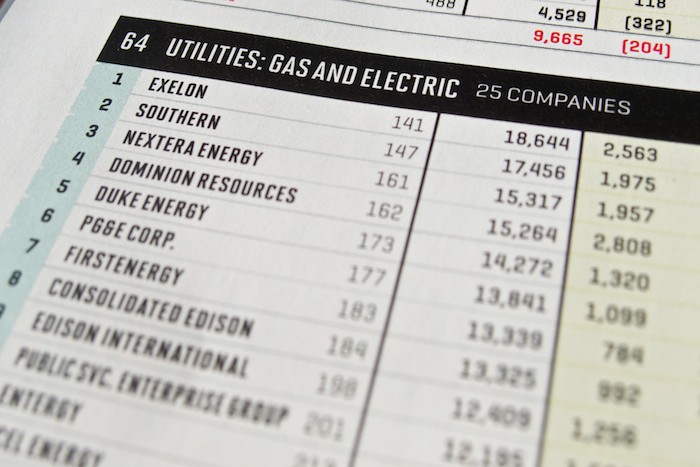 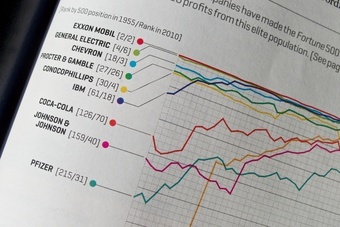 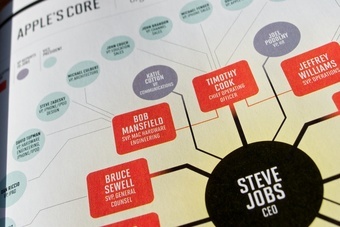 The core of Fortune’s typography is MVB Solano Gothic. The typeface was originally made by Mark van Bronkhorst for the Bay Area city of Albany, designed to work alongside the community’s early 1900s architecture. With its sturdy, utilitarian geometry derived from sign lettering of the era, Solano can feel slightly vintage, but the standard variant is more sober than the Retro and Round members of the family.

I was surprised to open Fortune and find what could be considered a character actor playing such a central role. But Korpics proves with Solano that some “display” typefaces can be more versatile than we assume. Besides setting headlines and teasers, Solano performs admirably in infographics and even the “500” issue’s essential lists and tables. 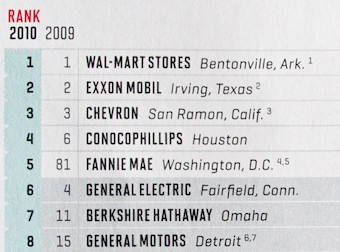 A table set in MVB Solano Gothic with italics in Geogrotesque.

Alice Alves found this font for me after I asked her to do some research on strong, condensed, somewhat geometric sans serifs. Most any magazine will need a condensed sans for something and I thought this one fit my idea of the brand. The more I played with it the more I saw that it would hold up well in a lot of different places, which is why you see so much of it. — John Korpics

Despite this unexpected flexibility, there’s only so much a typeface can do if it has just one condensed width and no italics. In these cases the wider Geogrotesque by Eduardo Manso fills in nicely. Its straight sides and lack of frills make it appear almost of the same family — a close cousin at least. 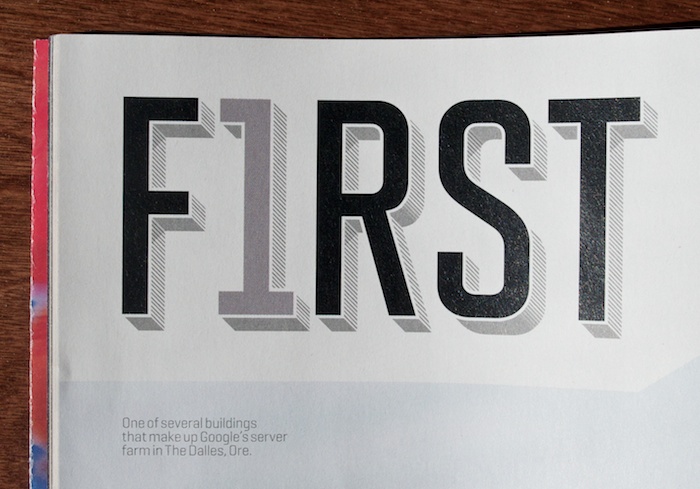 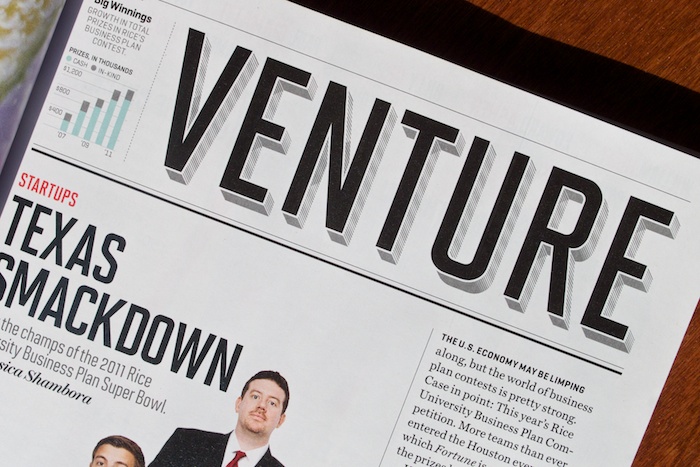 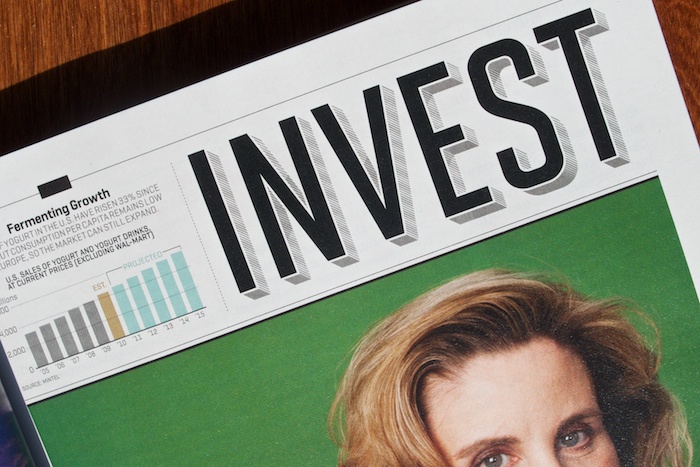 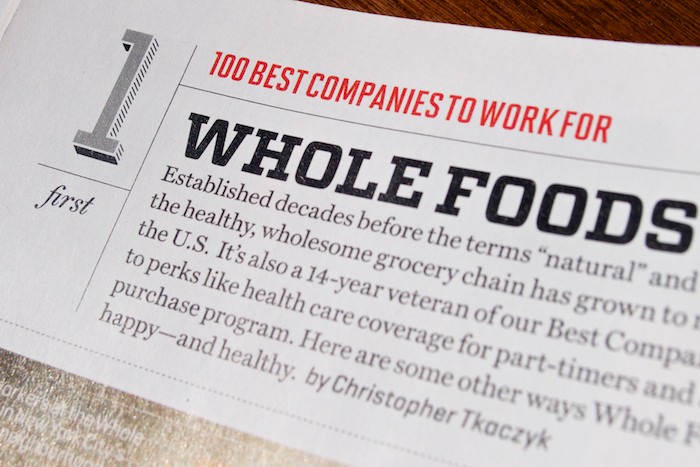 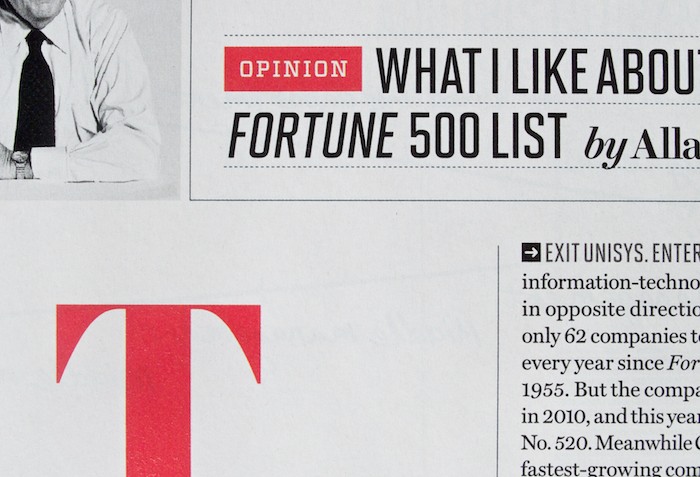 Three contrasting faces — Vitesse, MVB Solano Gothic, and Brunel — play off each other for the headline. Miller for text. 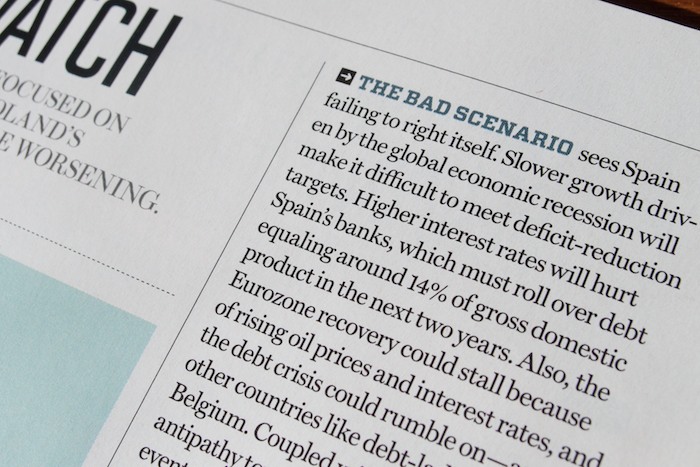 Miller, Brunel, and Vitesse round out the house typefaces of the magazine. Miller is a solid, conservative choice for text, grounding what is otherwise a fairly progressive palette — which is important if you want to keep those buttoned-down business types reading. Korpics added Vitesse later. He says “all my designers were begging to add a slab”. It serves well for small heads, eyebrows, and even short texts.

When Fortune competitor Condé Nast Portfolio folded in 2009, they left behind a beautiful asset: Brunel. This “English Modern” was designed by Paul Barnes and Christian Schwartz for Portfolio who used it until their closure. Korpics swooped in and snagged it for Fortune. 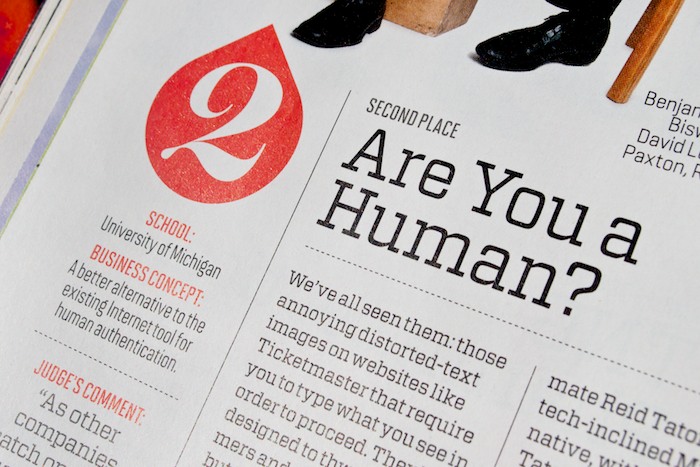 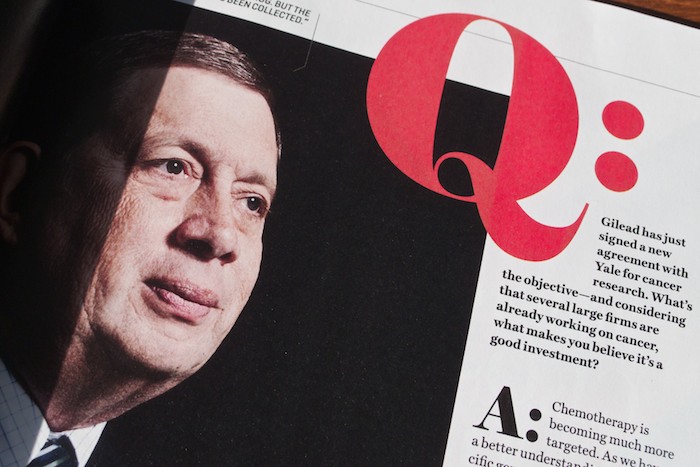 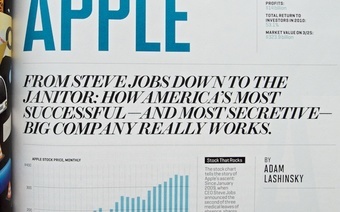 That’s some pretty clumsy, unreadable spacing in this headline. I blame ill-advised use of Optical spacing. Click to enlarge.

The magazine makes elegant use of Brunel’s heavy weights for striking initials and other display type. The ornamental figures, in particular, convey big numbers in a lovely way, reminiscent of dollar bill lettering. But they get a little carried away with the bold italic caps for subheads. It’s often just too much text for that style, yet the type could be more readable if someone (perhaps InDesign?) didn’t wreak havoc on the spacing. It’s far too tight and kerns have gone AWOL. This isn’t the way this Barnes and Schwartz font performs out of the box. 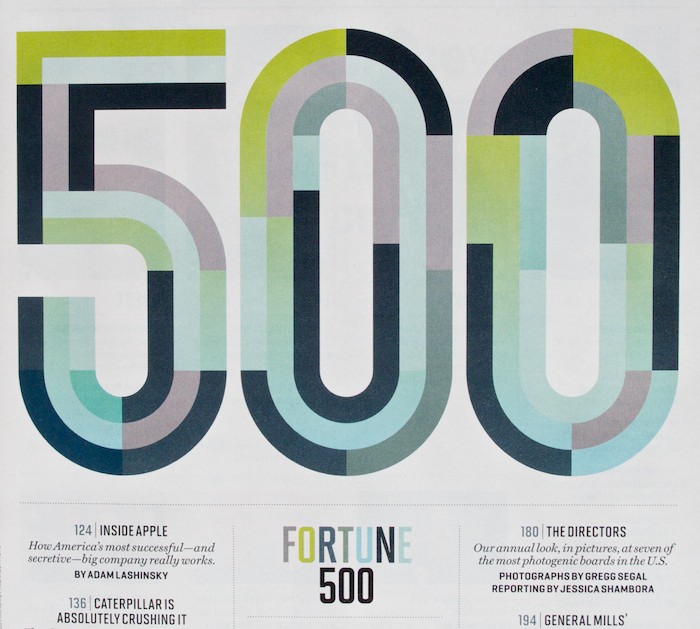 Fortune’s current art director, Michael Myers, played a major role in the design of this issue. He also created the interior illustrations for the “500” feature. These follow a host of similarly styled typographic pieces he’s contributed to the magazine over the year. The “500” found on the feature’s contents page is loosely based on the condensed geometry of Solano:

Each character in this illustration was based of a square grid of 8×17. Part of the concept, as with many of the more subtle communications in the magazine, is to pick up on the idea of data/information graphics. The colored bars within the letterforms are a wink to that. — Michael Myers 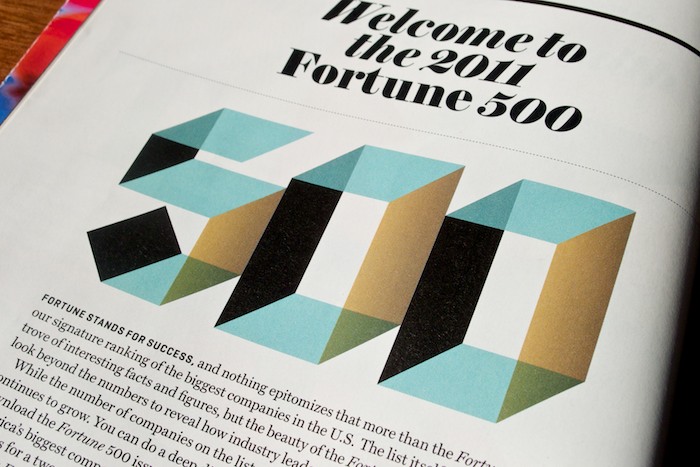 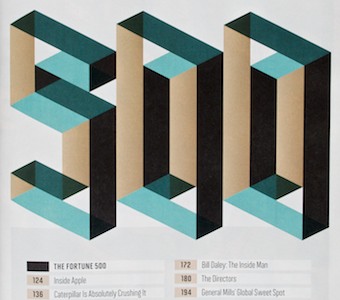 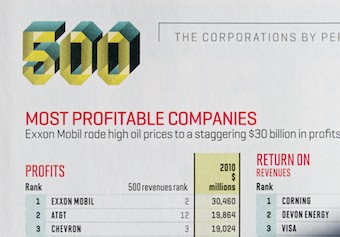 Illustrations by Michael Myers along with text set in Brunel, Geogrotesque, MVB Solano, and Miller.

Benign Duplicates. Diaries and Photographs From The Archive of N. Kozakov2019

Holiday Correspondence Assistant by One Rockwell2017