Bold colors and Rosewood Fill add flavor to a Scandinavian staple that is normally quite stale. 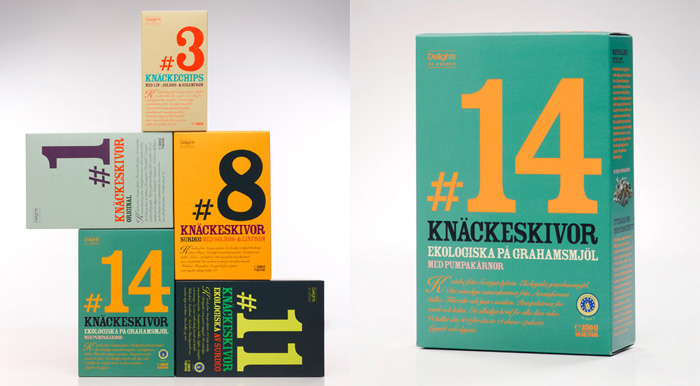 Rosewood is a chromatic typeface of two fonts meant to be overlapped for a multiple color effect.

It’s easy to chide people for using Rosewood Fill on its own, apparently ignorant of its intended purpose as a background layer for coloring Rosewood. I’ve engaged in more than my share of pretentious mockery: “There’s a reason that thing looks so wonky. Read the font name, bub!” Fonts that require more than simple keystroking will always be misused. Just as alternate glyphs are overlooked, OpenType features ignored, and scripts tracked, chromatic typefaces, like Rosewood, will be torn apart and used separately.

Carl Crossgrove, one of the designers who worked on Adobe’s Wood Type collection, has this to say about Rosewood’s (mis)use:

The project focused so much on the chromatic aspect that I don’t think anyone really considered how much use any of the separate parts would get. In order for the chromatic effect to work, the separate layers had to have the same spacing, which was determined by the visual fit of the ornamented overlayers. Those included shadows, inlines and heavy borders, and without those added effects, the fill shapes look unevenly proportioned, inexpertly drawn, badly spaced, and stiff. I think it’s exactly those traits that attract people to Rosewood Fill. It looks like something “old-fashioned”, clumsy and awkward, like a weathered relic of the wild west.

Once I get over my typographic elitism, I’m inclined to agree with Carl’s take. The prevalence of Rosewood Fill has less to do with uninformed font users as it does the lack of wood type inspired digital fonts with just the right amount of uneven, imperfect character. Those in this genre usually go too far, rendering themselves either illegible or cartoonish. 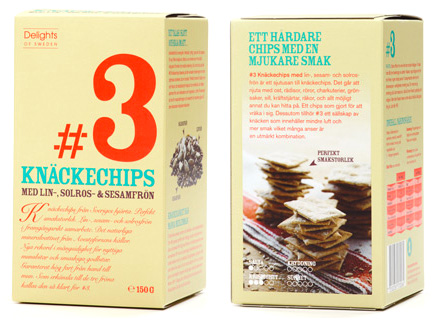 So when a brand of Swedish crisp bread called for an eye-catching package that was modern but not sterile, Stockholm firm A-B-D went with Rosewood Fill. The font’s numbers dominate the Delights of Sweden boxes, each one depicting a unique flavor of what is traditionally a very plain staple food. A-B-D created their own stencil octothorp. Rosewood’s math characters and related symbols seem to be generic additions, having nothing to do with the design of the typeface.

Paired with Snell Roundhand, the type evokes a sense of handcrafted quality, even while it’s obvious this isn’t your grandmother’s cracker. I would have opted for the Black weight of the script, though — the fine lines of Snell get lost in some of these color combos. 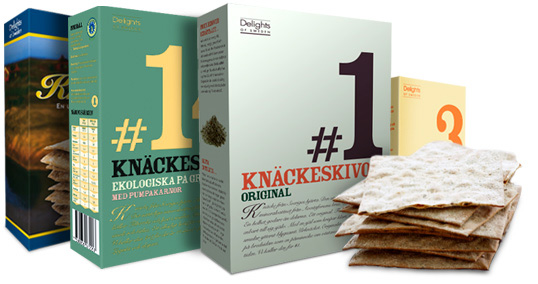 16 Comments on “Delights of Sweden”

More Rosewood Fill in use

Something to Drink When All the IPA Is Gone2017